This humanoid robot holds a pen in its hand and can draw an image of any person who stands in front of it. 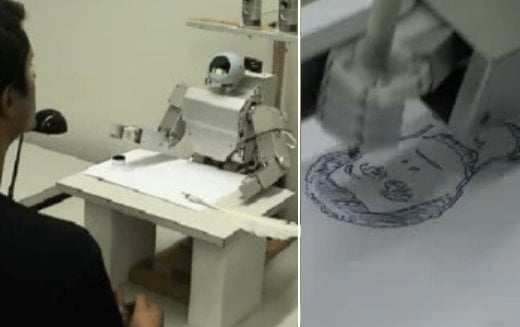 Created by robotic researcher Sylvain Calinon, the robot recognizes when there’s a face in its field of view, then snaps a digital photo and extracts the major characteristics of their visage. Once that’s done, the robot turns itself into an X/Y plotter, picking up an old-fashioned quill pen and gradually filling in the details of a portrait.

I think it would be really cool to set up a bunch of these in a row, creating different styles of art using ink, pastel, oils and acrylics. Sylvain, are you listening?