Remember the oh-so-cool RGBy Desk I showed you a few weeks back? The desk uses color sensors and tons of RGB LEDs to change colors to match items placed on top of it. But it was a one-of-a-kind piece that would probably cost thousands of dollars even if you could buy one. So I was excited when I came across these new mini color-morphing devices from the same guys. 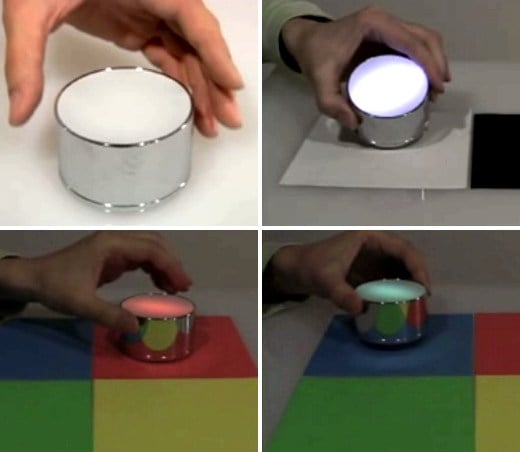 Japan’s Mongoose Studio took the same basic color-chameleon technology found in the RGBy Desk and turned it on its head for the RGBy3.0. Each individual puck-shaped device can be placed on top of any object, detect its predominant color, and instantaneously replicate it.

From the looks of these pictures I found over on their blog, I’m guessing Mongoose is ramping up production so you can buy these for yourself.

Pricing and availability hasn’t yet been announced, but I’m looking forward to getting my hands on some of these once they’re released later this year.