These may look like your typical cheap schlock shop knock-offs of popular gadgets, but they’re much more devious than that. You see, while they may bear a slight resemblance to a certain portable gaming system, media player and a dime-store pocket laser, they’re actually practical jokes that deliver a nasty shock. 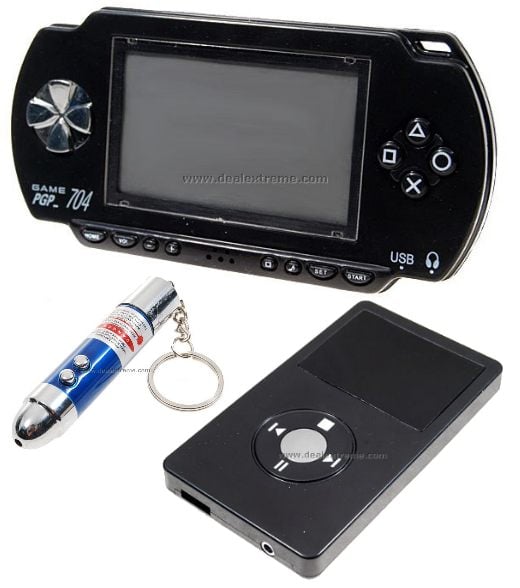 Available in PSP, iPod and laser pointer versions, the $3.95 devices all deliver a tiny zap of current to your unsuspecting victim. Surprisingly, the laser pointer is actually functional, but don’t expect to play any games or music on the other gadgets. There’s also a fake car alarm remote that I came across a few weeks back too.

On a couple of occasions in my I’ve had defective electronic gear that decided to surprise me with a nasty jolt, but doing it intentionally just strikes me as plain cruel.