It’s People. Tetris is Made Out of People!

Everyone’s favorite Soviet block video game has been brought to life using a roomful of people, taking on the roll of the various colored geometric shapes from the game. 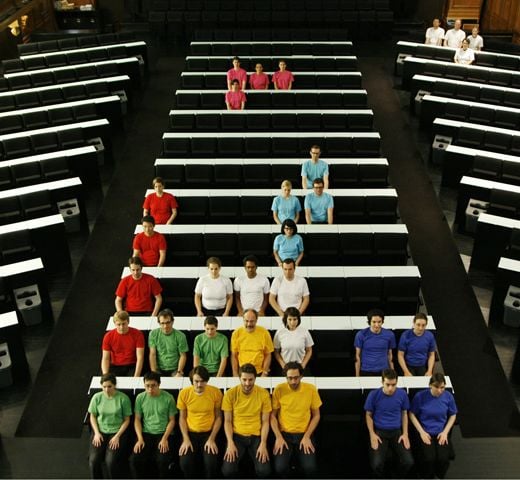 The stop-motion video by Swiss artist Guillaume Reymond of NotSoNoisy creative agency is the latest in his series of video game inspired clips, which first gained popularity with Human Space Invaders and Human Pong, and more recently, Human Pole Position.

Human Tetris was recorded during the Urbaines Festival at the Palais de Rumine in Lausanne, Switzerland. The video shoot took 88 people wearing bright Tetris colored T-shirts, and 880 carefully choreographed still images in order to complete the effect. Add one goofy human-generated audio track, and there you have it.

Too bad I just ran out of quarters.