Soft and squishy aren’t usually words I use to describe computer hardware. However, there’s always an exception to every rule, right? 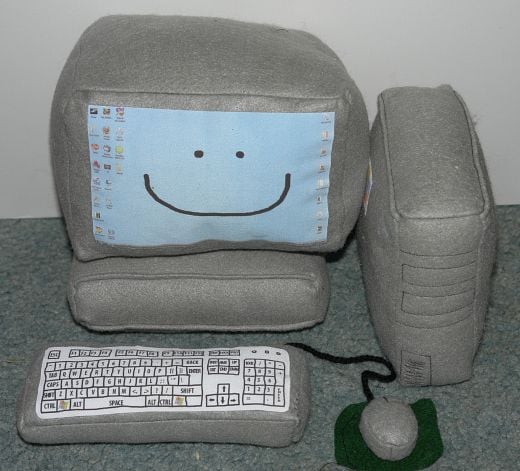 This plush computer was handcrafted by artist Mandy Jouan of Sappy Moose Tree (I just like saying that). I think it would look really good alongside the soft Xbox 360, NES and Guitar Hero controller.

Surprisingly, the pillowy PC has a big smile on its face, even though it’s running Windows Vista