Here’s a fun weekend project for all you hardware hackers out there. The Ybox2 is the latest version of a programmable IP-connected set top box which can fit entirely inside an Altoid box. 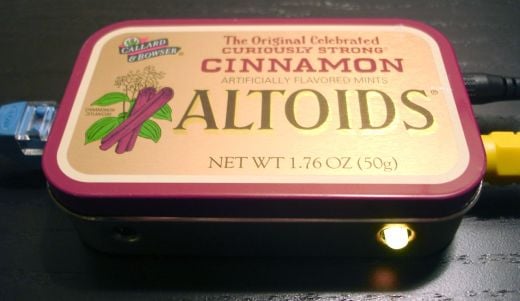 The system can be programmed to display widget-like channels on your television, using a library of freely-available software. There’s even a built-in IR sensor so it can you can change widget “channels” with a remote control.

Designed by engineer Robert Quattlebaum, the Ybox2 connects to your computer network using a built-in 10BaseT Ethernet port, and outputs video to your TV using a simple Composite video output (NTSC or PAL). The device is based on Uncommon Projects’ original Ybox platform, which first surfaced back in 2006 (shown in the video above). 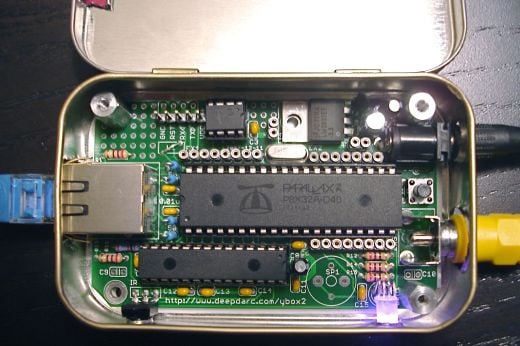 The entire Ybox2 can be built for about $50, less than half of what the original version cost to build. At the heart of the system is a programmable Propeller 32-bit multi-processor, and the latest version improves on the original by adding an internal speaker as well as a multi-color status LED.

You can find more details, including the board schematics, parts list, and source code over on deep darc.