You’ve gotta hand it to those cheap Chinese knock-off manufacturers. At least they attempt to keep up with the latest gaming consoles when they crank out their crap. Case in point, this awful PS3 copy known as the PolyStation 3. 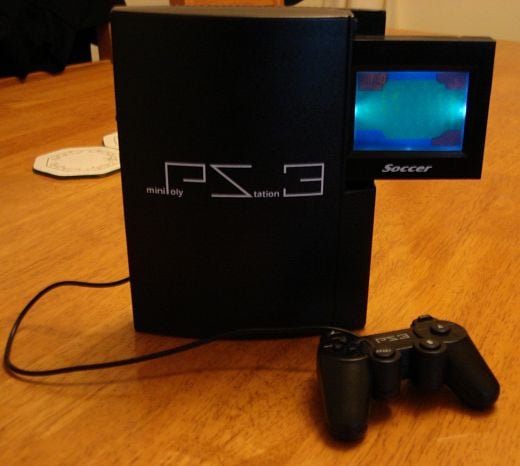 While it may look slightly like a real PlayStation 3, under the hood, this Mini PS3 is completely incapable of playing anything resembling real video games. Instead, you get a single crummy LCD game that displays on this PS3’s pop-out screen. Here’s a humorous hands-on review and look inside the “console” by British gadget reviewer Dr. Ashen.

Thankfully, this battery-powered device is much tinier than an actual PlayStation 3, so it’s doubtful that even the most gullible parent will mistake this awful clone for the real deal. Even if you wanted to buy one, they’re nearly impossible to find.