This might look like a curtain of randomly assorted lighting fixtures. But it’s actually an interactive video display that can detect movements of passersby and mimic them using light. 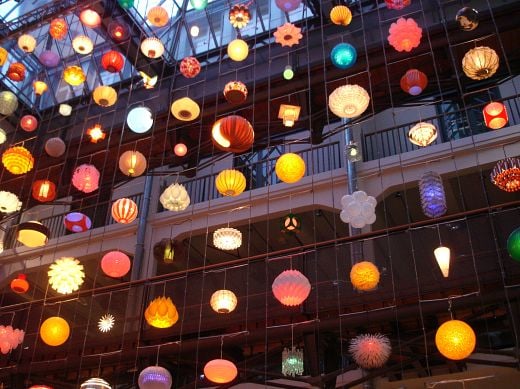 Entitled Space Invaders 2008, the light installation uses a grid of 176 unique lighting fixtures to work its magic. When a person passes in front of a video camera connected to the display, custom software and electronic dimming systems automatically translate movements into adjustments to the intensity of the lights.

With a pre-recorded video signal, it’ll even act as a giant (albeit very blocky) video screen.

Yes, Michael Jackson really does look like that (must be all the plastic surgeries).

The curtain of lights measures over 1600 square feet, and the illusion doesn’t seem like much of anything until you stand back a ways. But from a distance, in a darkened room, you really can see the effect. The system can also use other input devices such as audio signals, to turn it into a huge spectrum analyzer. 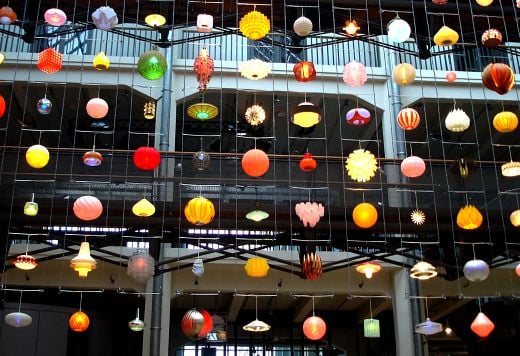 Designed by interactive artists Rainer Kehres, Sebastian Hungerer and Friedemann Wolpert the display on exhibit at ZKM Center for Art & Media in Karlsruhe, Germany through February 13, 2008.

You can find more images and information over on commonlights.