Nutty as a Coconut (Amp)

If you’ve ever seen the movie Castaway you know that Chuck Noland, the character Tom Hanks played, existed on coconut meat for quite some time before getting back to civilization. When I look at this cool amp with coconut shell cover created by Steve Lodefink it makes me wonder what parts of the movie they edited out. 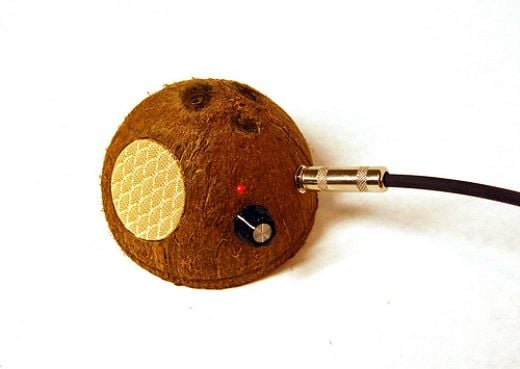 Did Chuck have any rhythm? Did he make percussion instruments out of the other coconuts? Do you think the first Guitar Hero game might have been created on Gilligan’s Island? Perhaps they made instruments out of palm fronds and rope from the boat to put on a show! Discuss amongst yourselves… and see more fun photos of Steve’s tinkering over on his Flickr stream.