Microfiber Clothing Could Power Your Gadgets for Free

If you’ve ever walked along a carpet in the wintertime, you know all about how you can generate electrical shocks without ever plugging in to an outlet. Now it looks like your body movements could be harnessed to provide electricity for your mobile electronics. Imagine a shirt or a pair of pants which can automatically convert the energy from walking around into power for your gadgets. 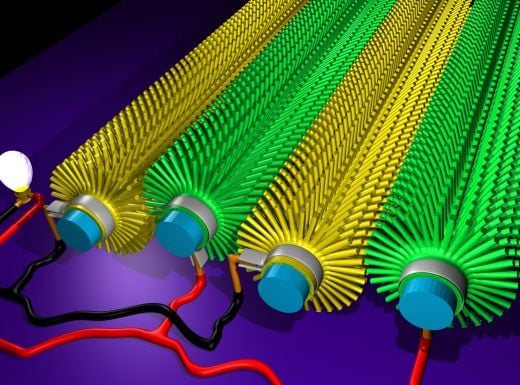 Unlike the electrostatic charges you run into on a cold, dry day, this new technology uses millions of tiny “nanogenerators” to throw off electricity.

Scientists from the Georgia Institute of Technology have devised microscopic wires which can generate minuscule amounts of current when flexed. To create power from motion, pairs of textile fibers are covered with zinc oxide nanowires 1,000 times thinner than a human hair. One fiber in each pair is plated with gold to provide an electrode. As they move, the fibers throw off a teensy, tiny bit of power thanks to the piezoelectric and semiconducting properties of zinc oxide wires. 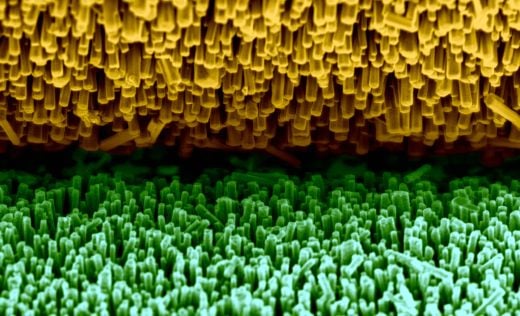 According to Georgia Tech Regents’ Professor Zhong Lin Wang, the technology should be capable of generating up to 80 milliwatts per square meter of fabric. By taking thousands of these tiny fiber pairs and weaving them together into clothing, they could generate enough energy to power MP3 players, phones and other mobile devices. They could also be woven into other fabric that moves such as flags, tents or curtains to throw off small amounts of electricity.

Sounds like a cool idea, but they haven’t quite worked out all the kinks. The zinc oxide coating doesn’t hold up well when wet, so they’re trying to create a protective coating that would preserve the wires better. Regardless, I wouldn’t want to be walking around in the rain wearing electric clothes. I’m guessing the consequences could be quite shocking.