Here’s a cool hack which uses an old oscilloscope to play an accurate game of the arcade classic, Tetris. 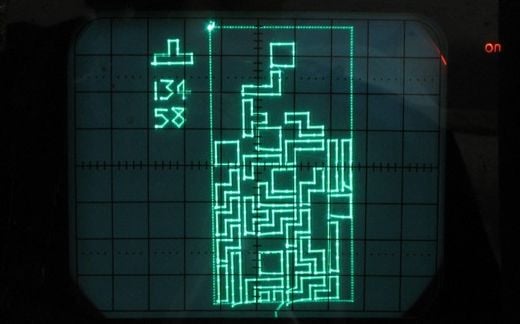 Engineer Lars Pontoppidan created Scopetris using an AtMega32 micro-controller to drive the beam of an oscilloscope to mimic the game play of the classic Soviet puzzle game.

Lars had to create custom circuitry and programmed the beam to produce a similar visual result to that of those old vector graphic games. The game is controlled using a traditional Atari 9-pin digital joystick. 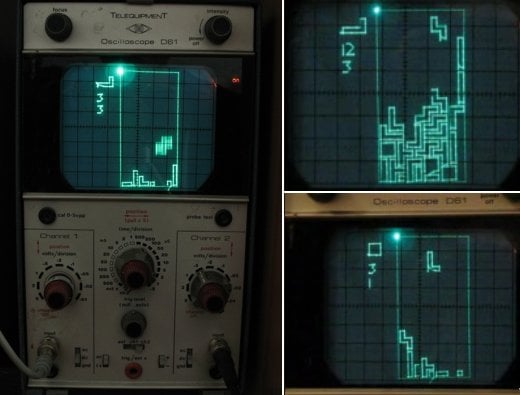 Unlike some lesser oscilloscope beam hacks which use simple video games like Pong, Lars really went all out to create a game with the relative complexity of Tetris. Using his significant programming prowess, Pontoppidan programmed the circuit to manage each individual as an independent object, allowing it to behave very similarly to the original arcade classic.

Kudos to Lars for an outstanding scope hack.

[via Hacked Gadgets via MAKE]