IPhone Coverflow for Other Applications

While a few of us are are patiently awaiting the release of Apple’s application SDK for the iPhone and iPod Touch, crafty (and impatient) developers have found ways to run plenty of their own applications on the popular media players.

The latest code hack floating around the Interwebs takes the slick iTunes CoverFlow interface and lets you use it in other applications. 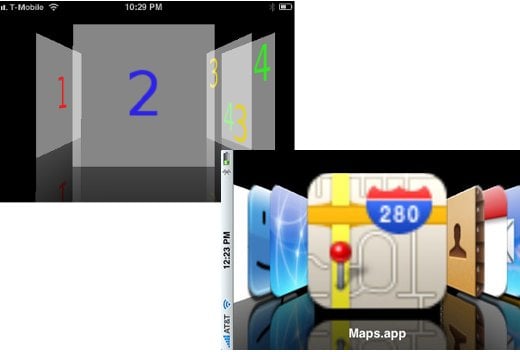 Developer Kevin Brosius has managed to create an application which provides an instance of the CoverFlow interface for use in other applications. Then, in keeping with the spirit of the iPhone dev community, just a few hours later, developer Layton Duncan leveraged the code to troll through the directories on your iPhone and generate an application menu using CoverFlow.

Want to give the code a shot on your jailbroken device? You can grab Kevin’s UICoverFlowLayer code here, or Layton’s application menu binary here.