If you’re like me, you’re a big fan of Nintendo’s groundbreaking Wii-mote controller design. Now you can carry your files on a tiny Wii-mote inspired USB storage device. 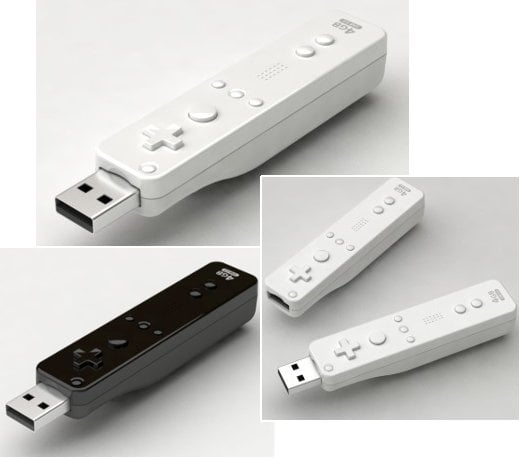 Created by SolarMemo, the petite Wedisk flash drive looks like a wee Wii-mote, but press the “A” button, and the USB connector pops out of the top of the controller for you to plug into your computer.

The Wedisk is available in capacities from 1GB to 8GB, but is currently only available in custom production runs (especially if you happen to work for Nintendo). So if you’ve got a bunch of Wii-having friends, take up a collection and order up a couple thousand of these puppies.