UTIII is one of the few console games out there that really lets gamers create their own unique maps. I don’t mean just moving a few things around like you can with Halo 3’s Forge mode. Nope, with the right tools, you can make your own completely custom environment, letting your imagination run wild. Take, for example, this great LEGO map that the guys over at PS3Fanboy found. 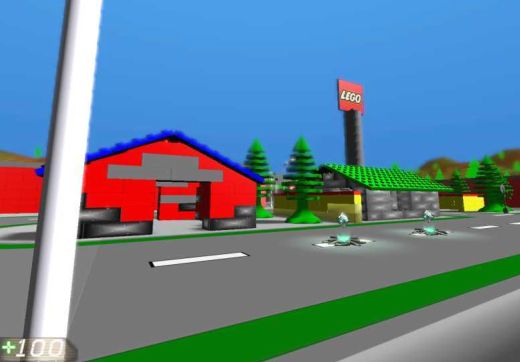 Created by Unreal Tournament 3 mod-man Lord Simeon, the map features a totally destructible LEGO block environment. The map features about 20 types of LEGO blocks (including those little yellow dudes), built into structures you can blow to smithereens, thanks to the game’s excellent physics model.

Remember when you were a kid and you’d build some awesome LEGO creation, then smash it into pieces? That’s what it reminds me of. You can grab the entire mod, packaged up for US or European consoles here.