While I don’t think these are officially sanctioned by LEGO, these whimsical MP3 players bear a striking resemblance to the colorful interlocking plastic blocks. 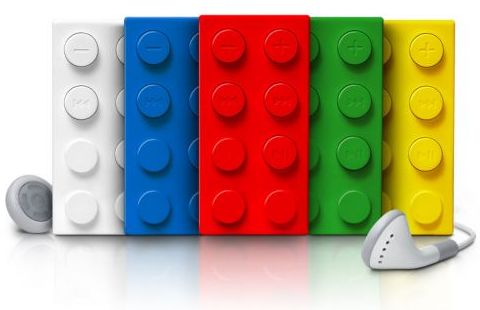 Homade’s LEGO-esque media players cleverly conceal their controls into the raised dots on the surface of each block. The players come in a variety of bold primary colors, and like their snap-together doppelgangers, are made primarily from plastic. 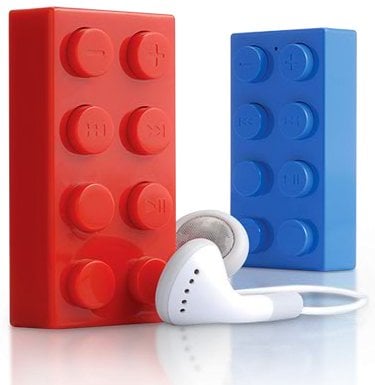 Each one comes with a built-in rechargeable Li-ion battery that should give you about 6 hours of play time, and from what I can tell, you’ll have to provide your own microSD card for storage (2GB max). At $46 a pop, they are a bit expensive for players with no included memory.

Already have an iPod? Then you might want to pick up Homade’s LEGO-like iPod stereo dock, which conceals its speakers under the bumpy block surface. The iPod dock runs about $40 bucks. 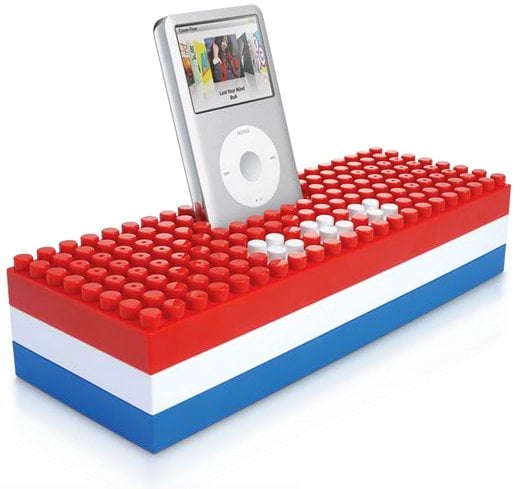 If you’re just an absolute LEGO block fanatic (and don’t mind that they’re not really LEGOs) you can find the whole collection all over at Homeloo.