With all of the casemods I’ve seen for the Nintendo Wii, I’m surprised that I haven’t come across any Mario-themed designs in my travels. I guess it was only a matter of time before everyone’s favorite little plumber got his due. 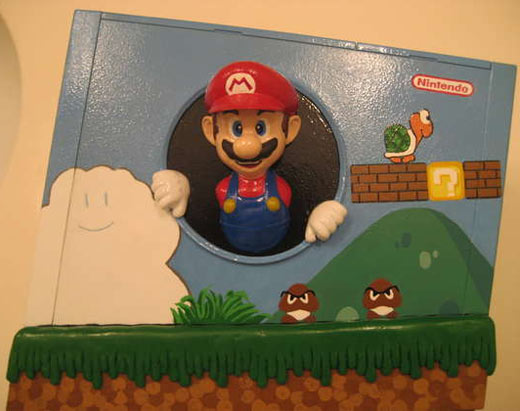 The hand-painted Super Mario themed Wii features a scene from the classic platformer, including a 3-dimensional Mario busting out of the side of the console, courtesy of ample quantities of modeling clay and Bondo. 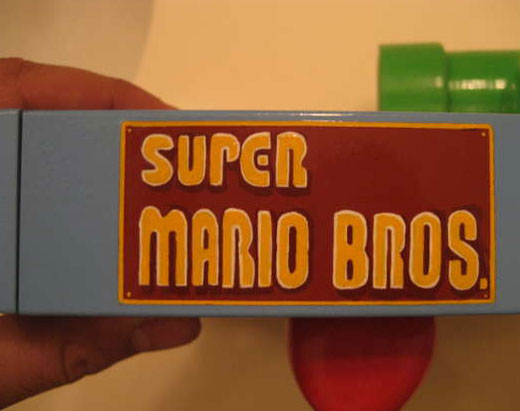 The grass-covered base conceals an additional USB port, and an LED illuminated mushroom that changes colors to indicate system status. There’s even a Wii-mote charger built into the green drain pipe on the side of the console. 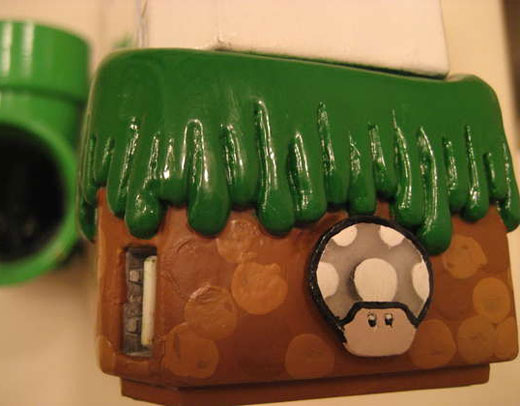 Mario fan BeerBellyJoe has posted a tutorial over on Instructables, showing you how to embellish your own Wii with the same Super Mario theme and features. But if you don’t want to go through the trouble of building your own, keep your eye on eBay, since Joe says he’ll probably be putting this one up for auction in the next week to raise some cash.

[UPDATE 3/17/2008: Looks like Joe followed through with his threat, and has posted his Wii on eBay. With enough money, and a bit of luck it could be yours.]