I’ll start out by telling you that I used to live in the Deep South, home of cockroaches the size of small mice. Oh yeah, did I happen to mention that they could fly? Every time I saw one of those airborne six-legged nasties, it made my skin crawl. No wonder this gigantic flying insect sets my teeth on edge. 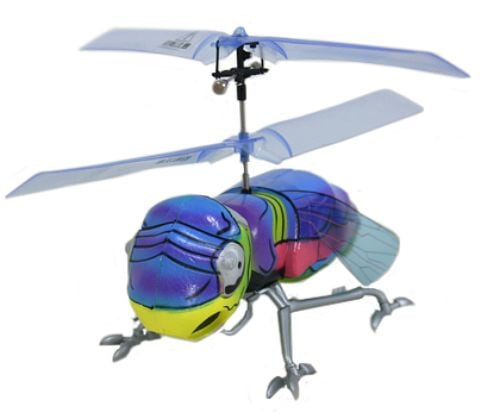 Created by Japan’s Taiyo Toy, the Mecha-Chu HeliBug buzzes around the place with its brightly colored body, dual copter blades and transparent insect-like wings. Measuring in at over 6-inches long, it definitely puts those Southern flying bugs to shame. While it doesn’t really take flight like a real insect does, it’s still creepy enough to give me nightmares. 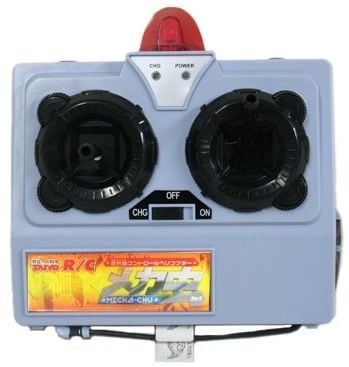 The flying bug can ascend/descend or turn left or right around its helicopter-like rotors. Oddly enough it doesn’t offer forward or backward flight. It’ll fly for about 5 minutes on a 30-minute charge, and is controlled using an included infrared transmitter.

Entomologists and other bug lovers can get their feelers on one from GeekStuff4U for about $50.