The latest Nintendo DS game to hit the streets in Japan isn’t some exciting new Mario or Metroid game. Nope, it’s Bimoji Training — the game that teaches you how to draw calligraphic lettering (in Japanese, of course). 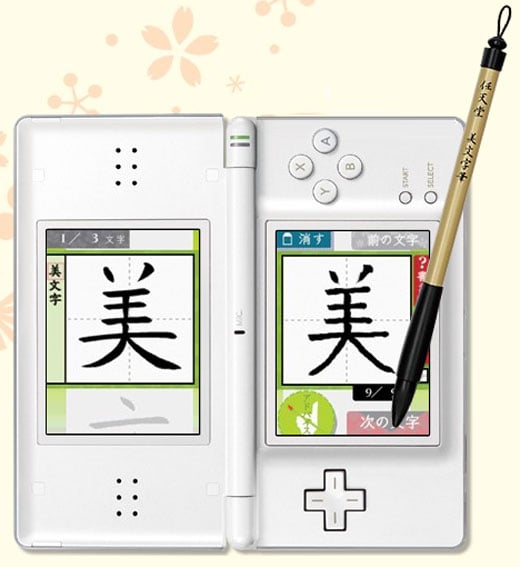 Also known as Beautiful Letter Training, the game trains you in the proper creation of Kanji and Kana characters. The coolest thing about the game is the included stylus, that looks like a traditional Japanese lettering brush.

With the game’s emphasis on taking tests and getting feedback from your virtual teacher, I’d have to say it looks more like education than entertainment. But with more and more personal development games like Brain Age, Flash Focus and Wii Fit, it’s really not that offbeat when compared to other stuff coming out of Nintendo these days. 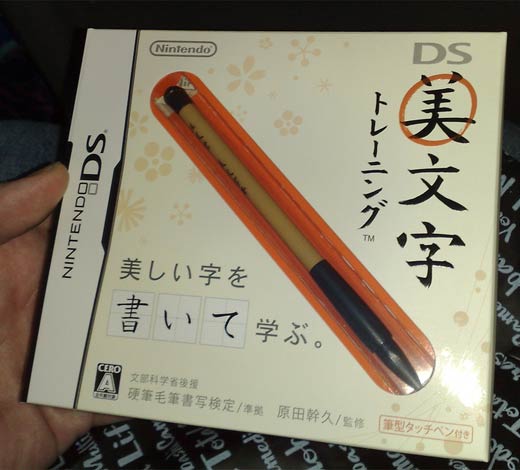 Bimoji Training was just released on March 13, and can be ordered from game importer Play-Asia for $39. I just want it for the stylus.