Somebody at Target seems to have jumped the gun just a little bit. Apparently, they’ve hung this banner in the electronics department of one of their Orlando, Florida locations stating that Grand Theft Auto IV is available now. While we’d all love for this to be true, the eagerly-anticipated game isn’t due to be released until April 29, over a month from now. 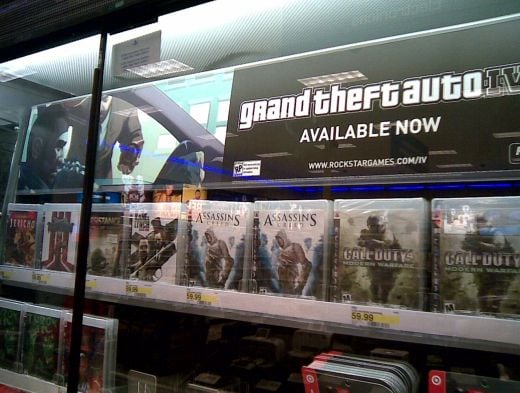 Flickr contributor Lividfiction came across the display at his local Target store, and managed to snap a couple of pictures before anyone in the department got smart enough to realize the gross inaccuracy of the signage. 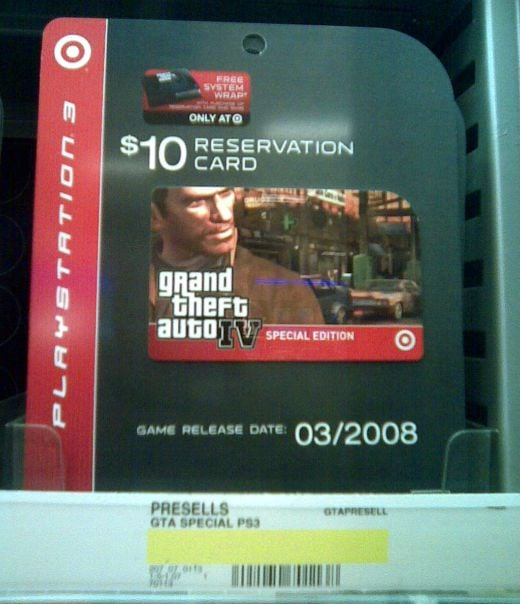 Heck, even Target’s PS3 & Xbox 360 game reservation cards list the release date as “03/2008”. Now either somebody really screwed up here, or GTA IV is coming out much earlier than expected. I’m going with the first one.