No matter how cool it is to hang a super-skinny flat panel on your wall, virtually every LCD or Plasma television is looking like the same, nondescript rectangular box. So it’s good to finally see that somebody out there is thinking a little outside of that box. 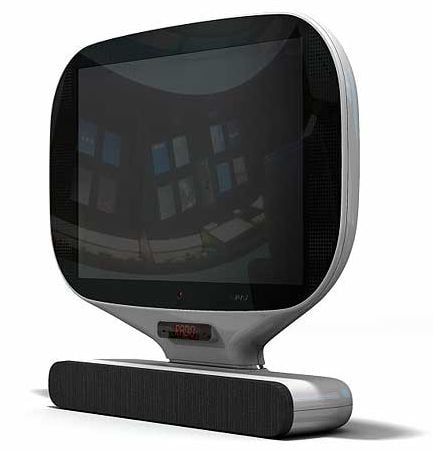 This new design for a Humax LCD television was envisioned by UK industrial designer Tej Chauhan. Combining the curvy lines of an old 1950s television with the modern technology of today’s flat screens, the set is a real stunner.

It’s not been revealed if the set will ever see the light of day as a production model, or if it’s just a conceptual prototype. Either way, it’s good to see something different, and I’m hoping that it does make its way to stores some day. If you happen to be in Milan, Italy between April 16-21, you can check it out in person at the Zona Tortona design show.