Shade Pixel: Text You Can Feel

Instead of using a traditional 2-dimensional display surface, Shade Pixel renders information using a deformable skin surface which provides a 3-dimensional texture to its output. 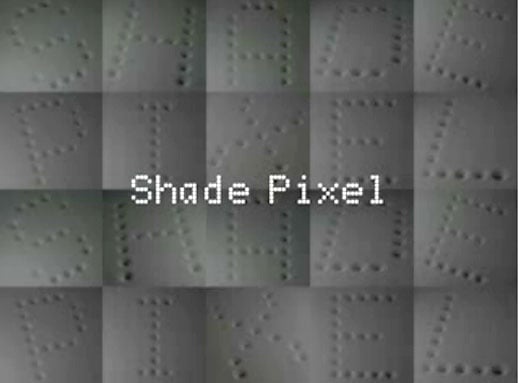 Developed by researchers at the Design Media Lab at the Korea Advanced Institute of Science and Technology (KAIST), the device uses a dot-matrix array of solenoids attached to a flexible Spandex skin. When sent the proper signals, the solenoids move in and out to create characters which rise and fall from the surface.

I’m not sure of the real world applications for this display technology, but it’s definitely unlike anything I’ve seen before. Perhaps it would be useful for creating braille displays for the visually impaired, or maybe just for cool wall clocks, like the example in the video clip.