Earlier this week, we wrapped up our Fondest Nintendo Memories Contest, which asked Technabob readers to share their favorite Nintendo moments of all time. I just finished tabulating the results in the old Bat-computer, and I’m happy to bring you the winning entries now. 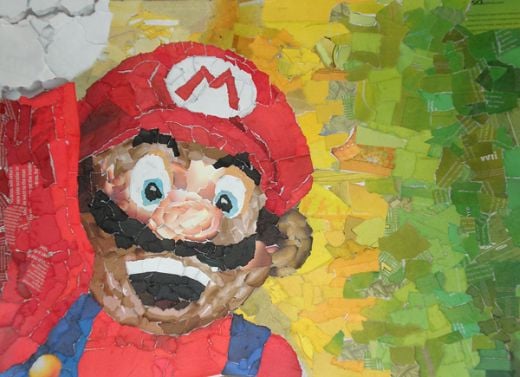 Posted by Jack: “My brother and I used to play 2-player Super Mario Brothers when we were growing up. I would get frustrated when he was playing for too long, so I convinced him the pits in one the water levels were warp zones. He fell for it and died. Then it was my turn again, but not before he threw his controller at me and made my nose bleed. Also, I would beat him in the head with my Gameboy if he beat me in 2-player linked Tetris.”

Posted by Jenny G: “I was introduced to the Nintendo system rather late in life (not until college in the late 90s). Super Mario Brothers, however, I used to play on the Commodore 64 with my older brother.

My favorite Nintendo memory spans a decade. When I first started playing the SMB games, I always had trouble getting by the flying turtles. My roommate (whose systems we were playing on) always played Mario and I got to play Luigi. One day when we were first playing, I ran right into a flying turtle and died. Without thinking about it, I burst out with “That d*mn duck!” (yes, I know they are actually turtles, but in my defense the graphics weren’t what they are now…) My roommate was so surprised that he started laughing so hard that he didn’t realize that he had walked into a spike pit until the game over sign showed up.

Last year, my husband bought SMB3 for the gameboy since I kept insisting that it was the only game that I knew how to fly. Unfortunately, my game playing had not improved over the last decade and within my first hour of gameplay, the flying turtles and I were duking it out. My husband (who was playing the Wii while I was sitting there playing the gameboy) fell off the couch laughing when once again I shouted “That d*mn duck!”

Alas, neither my former roommate nor my husband will let me forget those comments…”

Posted by Sarah: “When my brother and I were kids there was a rule that our friends couldn’t come into the house when mom wasn’t home. Well we wanted to play Nintendo with our friends so we put the tv up against the front window, faced it outside and ran the controllers out the door! Lol!”

Posted by Lucky: “When I was a much younger, more innocent geek, I entered one of those supermarket coloring contests. All I had to was color in a pre-drawn picture of Mario and Princess Toadstool for the chance at a super secret grand prize! I got a call one day that I was the winner of… free accordion lessons. Man did they have my geekiness pegged. I went for a couple lessons and in honor of my dubious win, I learned how to play the Super Mario Bros. theme on the piano accordion. I quit my lessons after I realized the actual game was way more fun.”

Posted by The Charles: “It’s December 25, 1987 and I am 5 years old eagerly waiting to unwrap my presents. I haven’t slept all night because I know I’m going to unwrap the coolest present ever: a NES gaming system (or as this native, Texan boy says, “a Nin-‘tin-da!”). To my dismay, I had no presents left and I hadn’t unwrapped my NES yet. I was disheartened when my mom gave me an envelope. I thought to myself, “Great, it’s going to be money or something.” The note inside the envelope said, “Santa left another gift in the bed of the truck in the garage.” I slowly walked into the garage and immediately my attitude went from sad to running around my house like a madman when I saw the NES box! To this day, my mom always tells me this story and wishes she would’ve had a video camera to record it.”

Posted by Lee: “My fondest Nintendo memory was buying SNES just after my 7th birthday. I went to the window with my mom to pick up the system, and the guy working said, “You know it doesn’t come with a game, right?” I must’ve looked pretty sad when I said I knew, and I’d have to get one later, because he slipped Mario Kart into my bag and said “Don’t ask any questions.” At the time, Mario Kart was the hottest game in the world. Playing it was one of the greatest experiences of my life.”

Posted by Carol: “My fondest memory of Nintendo is of my son, now 23, who was 5 years old when he saved the princess on Mario Brothers. The entire family gathered around the tv in absolute awe, as we watched this little kid beat the game, which none of us could do. To this day, he’s got extremely good hand-eye coordination, and in fact, is a professional athlete. Thanks Nintendo!”

Thanks again for all the great stories and congratulations to those who won! All prize winners will be notified by e-mail shortly to arrange for delivery of prizes. Stay tuned for more Technabob reader contests in the near future.

In the mean time, be sure to swing by Chris Lange’s Etsy shop or eBay page to thank him for his generous prize donations!