Fans of the old school Neo Geo console have been getting their fix of their favorite games the Wii’s Virtual Console for a while now. But playing those classic games using a Wii-mote or crummy gamepad controller just can’t compare to the Neo Geo’s original arcade controller. 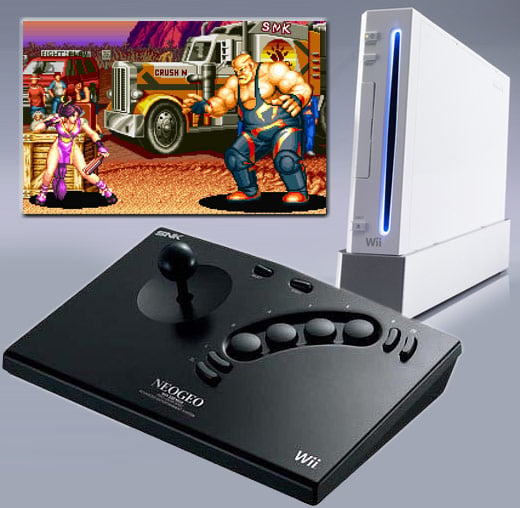 Now you can have your cake and eat it too with SNK’s Neo Geo Stick 2 controller for the Nintendo Wii. It connects directly to your Wii and lets you play your favorite old games properly. The stick is based on the original Neo Geo controller, complete with arcade joystick and a great button layout for playing fighting games and the like.

The controller is available now from Play-Asia, and priced at $59.90.