The latest gadget to crawl out from the seamy underbelly of the Chinese gaming underground. Not to be confused with the GameBoy, the Cool Boy is a portable game system that plays a variety of old school 8-bit and 16-bit console titles. 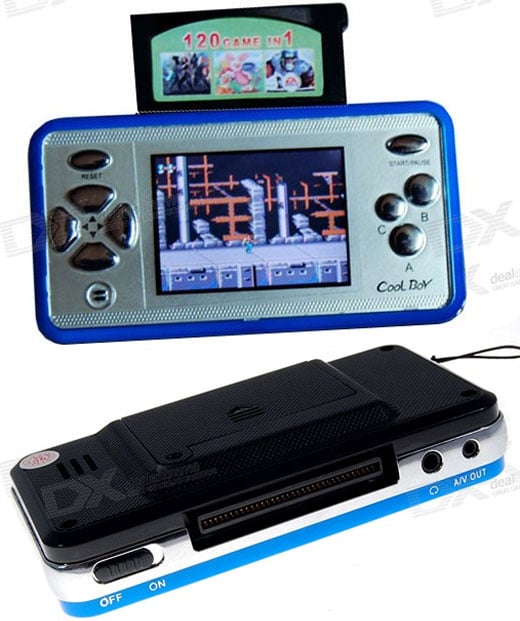 From what I can tell, the Cool Boy is one of those systems that plays emulated NES and SEGA console games, and the only way to get them is through questionable packages like this 120-in-1 cartridge that clearly includes copyrighted works from major game studios like EA, Nintendo and Disney. 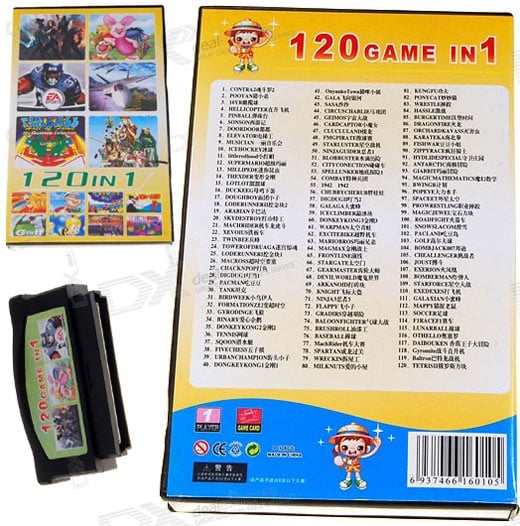 The cartridge claims to include all sorts of classics like Donkey Kong, Galaga, Tetris, Xevious and Lode Runner among others, but I strongly suspect that the games are either knock-offs or illegal bootlegs. The portable system includes a 2.4″ LCD screen (480×240 resolution), and can even output to a TV using its built-in AV port. 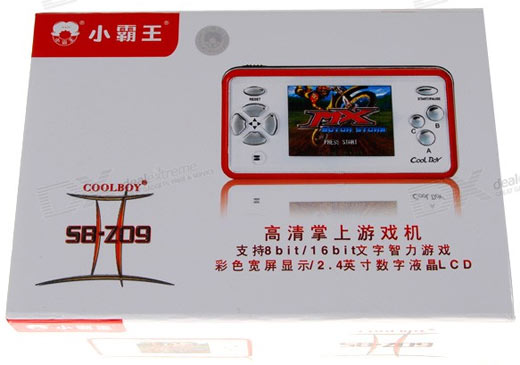 Still, the system is only about $36, and the 120 game cartridge around $8 bucks. So you’re not taking too much of a risk if the whole thing craps out in a month. If you’re willing to take a gamble, you can grab both the Cool Boy system and 120-in-1 game cartridge from importer DealExtreme.