While it’s common for casemodders to go to great lengths to convert their desktop systems into portables, It’s not often that I see laptops transformed into desktops. But in this case, the end result is truly a major improvement over the original. 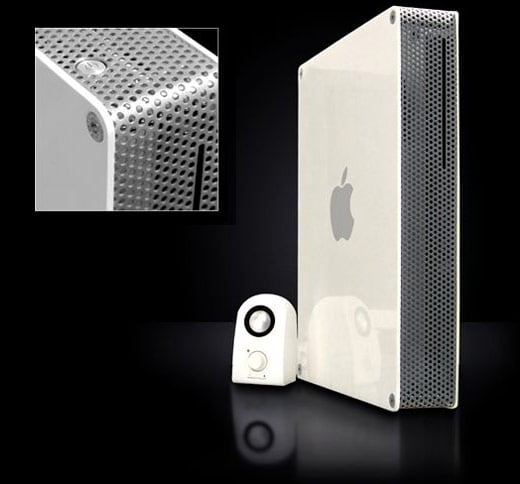 This beautiful acrylic and perforated steel system started out as a beat-up Apple PowerBook that was nearly at death’s door. But modder Richard Hunt took his lemons and made some serious lemonade when he took his beat up old PowerBook, ripped it down to its bones, and placed its guts inside his slick hand-built case.

According to Hunt: “the case is made of two sheets of white acrylic, bolted together by socket countersunk screws. I’ve used 15mm chrome pipe as the four spacers between the acrylic sheet. The perforated steel was cut to my specifications by a very helpful chap found on eBay. Cutting the CD drive slot was a little tricky, as was drilling the power button hole, but once done they seem to function ok.”

As an added bonus, the system retained its original laptop battery, so it’s got sort of a built-in UPS.

The mod really proves that you don’t have to throw out your old systems if you’ve got time, talent and creativity.