This sophisticated compact robot has been available in Japan for about a few months now, and is now finding its way to American shores. 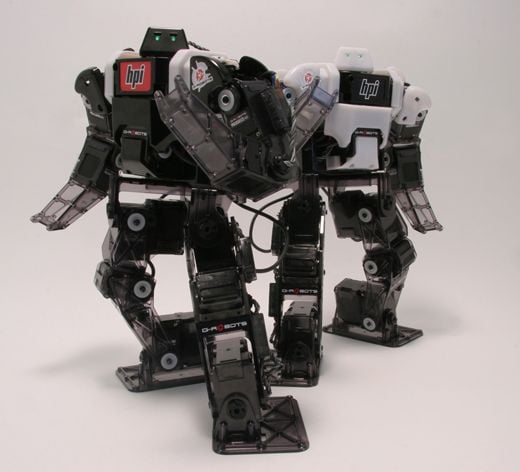 The HPI GR-001 G-Robot features 20 motors that can be programmed to follow your every command. In addition to the included PS2-like controller, you can also direct the G-Robot using your computer and the included animation software. 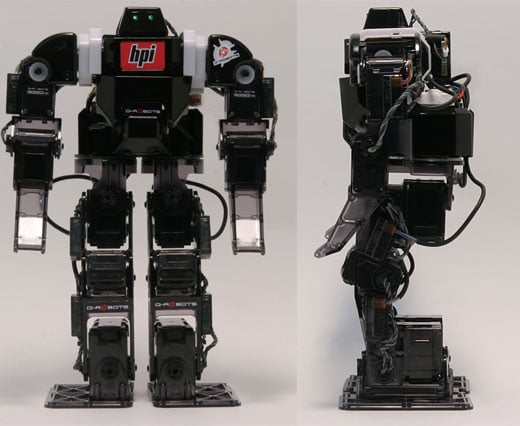 Keep in mind that the GR-100 is a kit, and requires about two hours of assembly time. The photo below gives you a pretty good idea of what you’re in store for before you plunk down your hard-earned dough. Oh yeah, the instructions are in Japanese, so that’ll add to the challenge.

If you’ve got a spare $2400 lying around with nothing better to do, you can order one from gadget importer AudioCubes.