A Micro-Projector for Cheapskates

There’s been plenty of buzz in the industry surrounding tiny projectors that will some day make their way into mobile phones and other portable gadgets, but they’re mostly either stuck in the prototype phase, extremely expensive, or both. While this pint-sized projector won’t win any awards for image quality, it’s actually hitting the market within a month, and costs only about $200. 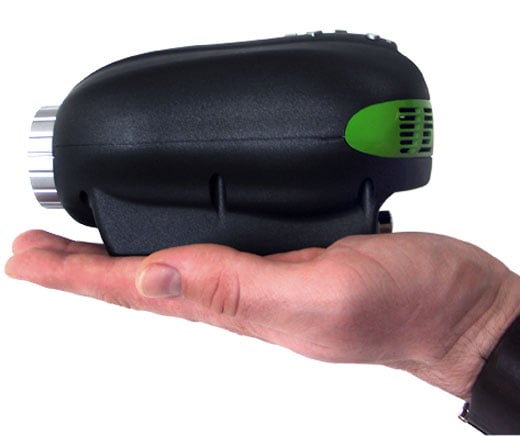 Measuring in at about 6.7″x 3.9″x 3.5″, the so-called “Micro Projector” is small enough to fit in the palm of your hand. Sure, it can only cast an image that’s around 30-inches diagonal before it really degrades, but what was the last time you could throw a 30-inch screen in your backpack? 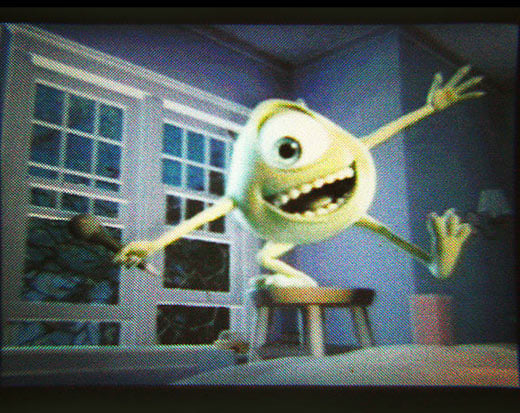 As you can see from the screen image above, The Micro Projector’s 480×240 resolution isn’t going to give your 1080p HDTV a run for its money, but it might impress your friends to whip one of these out of your bag and connect one of those portable FC Mobile Nintendo NES consoles to get your retro game on anywhere you can find a clean white surface. Oh yeah, did I happen to mention that it’ll run on four AA batteries for about 2.5 hours at a time? 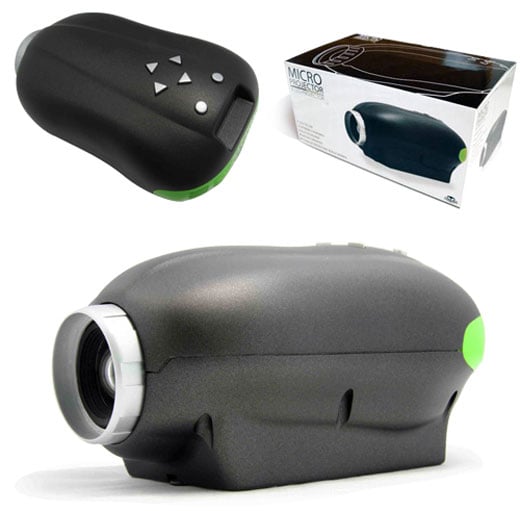 It’s compatible with both NTSC and PAL devices, and connects to any device with a composite video output. There’s also a built-in speaker, so you can hear what you’re watching as well. The tiny projector can even play movies, music and display photos directly from an SD card if you happen to have some digital media lying around. Keep in mind that you’ll probably want to turn down the lights in the room to get a decent image out of this projector – while it’s powered by a high-power LED light source, it’s still not all that bright.