Here’s an amazing Xbox 360 that looks like it just crawled its way out of the Everglades. The alligator-themed 360 is covered with a lizard-textured skin, and even has an realistic alligator eyeball in place of its power switch. 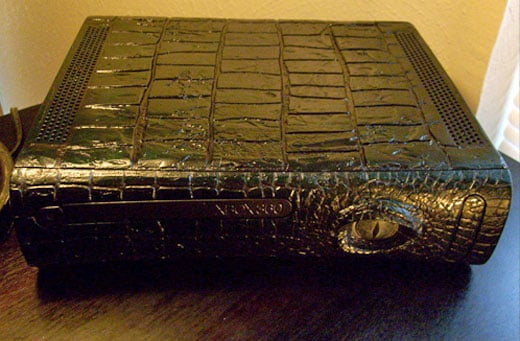 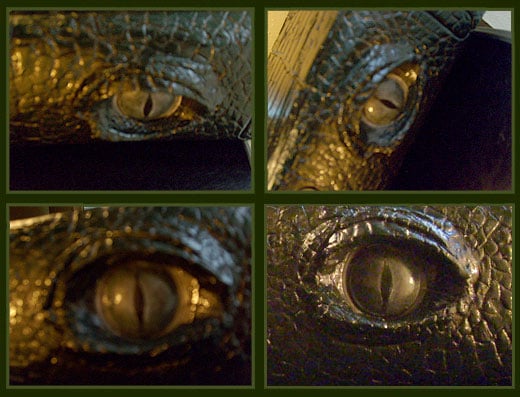 Rest assured, no actual alligators were harmed in the making of this console. Xbox 360 modder dfwmonkie created the system’s scaly gator skin using hand-sculpted layers of Bondo, coated with paint and clear-coat to give it the glossy wet look. 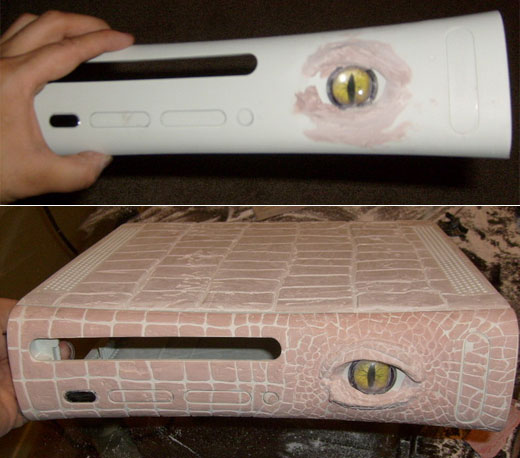 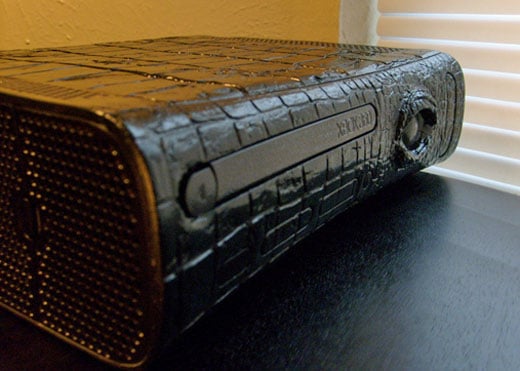 I certainly wouldn’t want to run into this thing in a dark alley. I’d be afraid that some big pointy teeth might chomp down on my hand as I placed my game disc into the DVD tray.

[via The Llama’s Game Console Forum]