Miwi Game Console is Nothing Like a Wii, Really.

Here’s the latest, greatest, phoniest knock-off console to surface from China. While the MiWi video game system might steal some of its looks from the Nintendo Wii, that’s about where the similarities end. 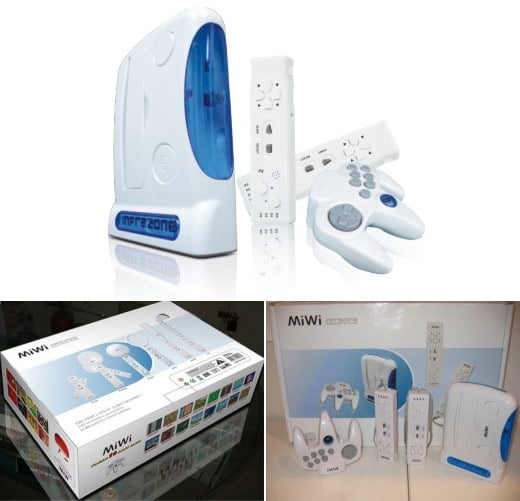 Created by China’s Eittek Electronics, the 9800 MiWi video game system comes with a pair of wireless controllers which do their best to mock Wii-motes. Heck, even the logotype on the packaging looks strikingly similar to the Wii’s.

But these guys didn’t stop at swiping their ideas from current-gen Nintendo consoles. Notice how the MiWi’s joystick bears more than a passing resemblance to the classic N64 controller (in white)? 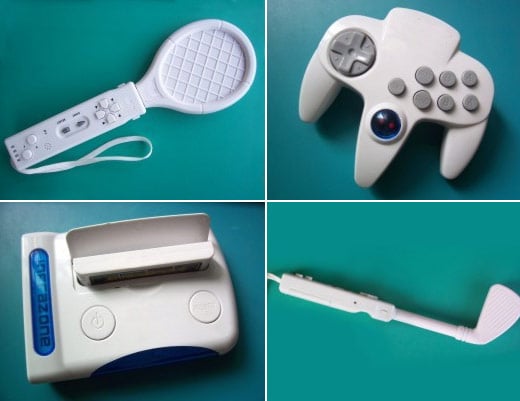 The MiWi claims to play WiiSports-esque games including boxing, ping pong, tennins, golf, baseball, soccer and bowling, but from the look of the cartridges it includes, don’t count on anything more than a retro 16-bit gaming experience. The best news about the MiWi is that it packs in a whopping 23 games in the box, so your chances of them all sucking equally are reduced. Then again, I’ve been wrong before.

If you’re really dying to get your hands on one of these oddities, good luck. Brush up on your Chinese, and head on over to TV Sportsgame.