Those fortunate enough to live in Tokyo have recently sighted lifesize Coca-Cola robots wandering the streets. Now you can own your own miniature version of the wandering Coke robot for your desktop. 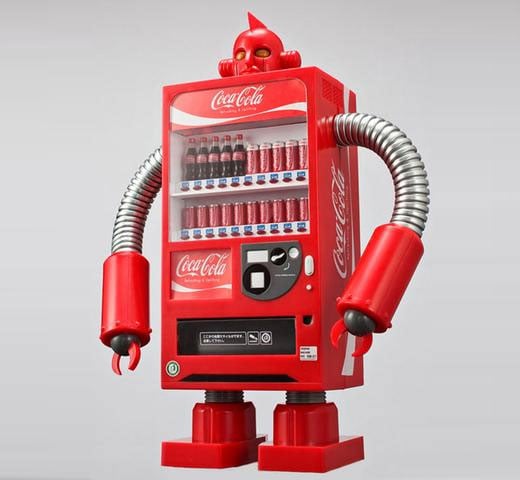 Combining robotics, Japanimation and caffeination, the Coca-Cola vending machine robot is the perfect embodiment of all things geeky. If regular Coke is too sugary for your taste, there’s also a black Coca-Cola Zero robot waiting for you. 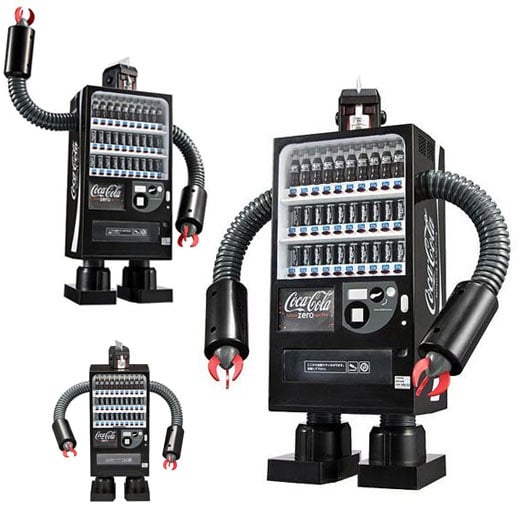 Each desktop toy measures about 11-inches tall and features bendy arms so you can pose your Coke-bot for world domination. Did I happen to mention that they both have a little coin slot into which you can save your Yen? And they make sounds and light up when you make a deposit too. What’s not to like? 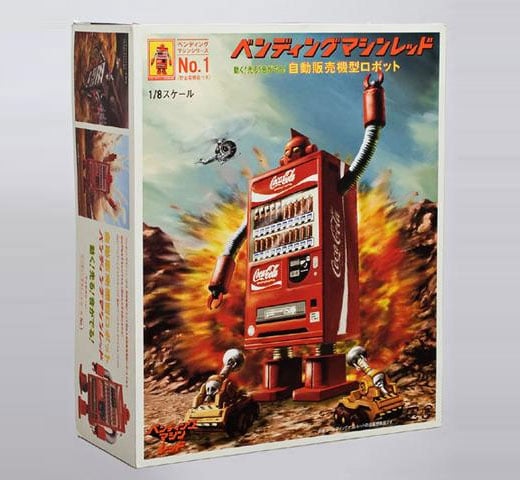 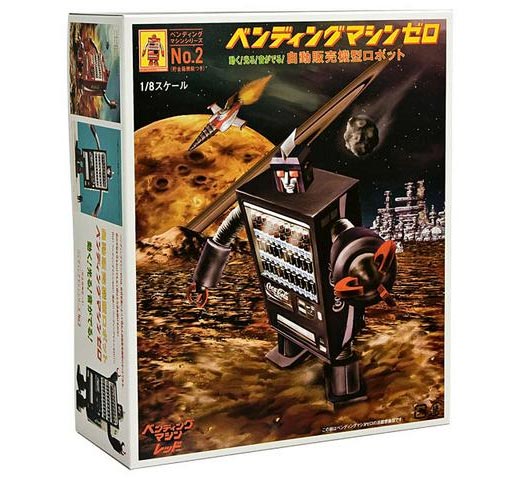 I found these super-rare Japanese imports over from seller boss61 over on eBay, so you better head on over there fast if you want to get your hands on them. I’m sure I’ll get outbid by one of you guys.