This new robotics platform out of Korea lets you build a variety of unique robots from a single set of modular parts. RoboBuilder offers a complete kit of interchangeable modules which come together to form computer programmable mini-bots. 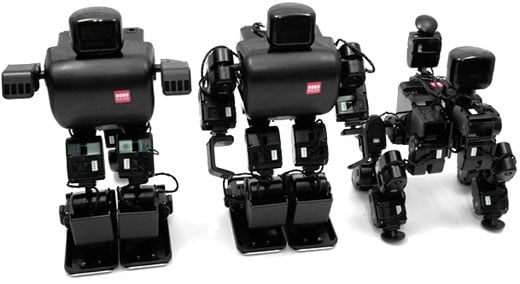 Out of the box, there are three “standard” robot designs, HUNO, DINO and DOGY. HUNO is a humanoid robot, capable of walking on two legs, and can perform moves like walking, jogging, headstands and kicking.

DINO is sort of like a dinosaur, standing on two legs with a third appendage that resembles a tail. The prehistoric robot can move much faster than HUNO, and can thrash its tail about.

Last but not least is DOGY, a four-legged mode which simulates the movements of a robotic canine. Thanks to its extra legs, it’s the fastest of the bot modes, and can be programmed to run, sit, lie down or other dog-like movements.

Additional modules let you build even more complex robots. If you have enough you can create some really cool custom robots, like this awesome spiderbot… 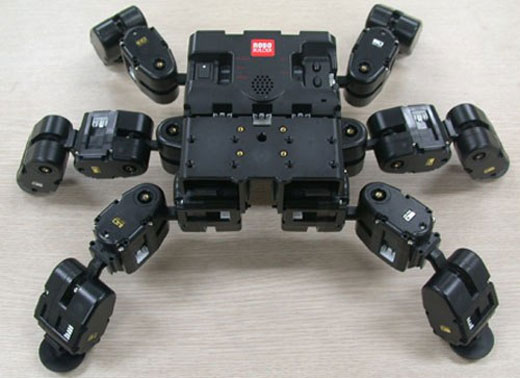 The kits come in either a simple black design, or a clear body loaded with programmable LEDs inside under the see through shell, letting you easily create your own disco ‘bots. Best of all RoboBuilder is encouraging its users to share designs and programming on their online community.