Ipong: Multi-Player Pong on the iPhone

This nifty proof-of-concept demo shows off just one of the many gameplay possibilities for multi-player video games on Apple’s wonderphone. 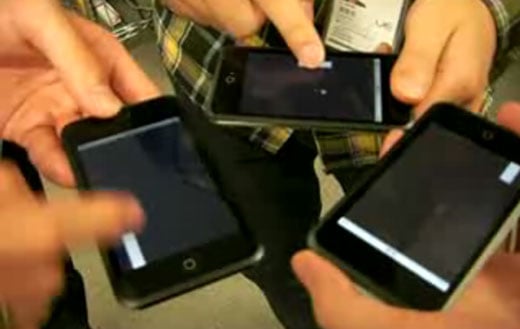 iPong is a variant of Atari’s classic paddle ball game, with a multi-device, multi-player twist. Using some clever trickery, players can actually bounce their ball off of their iPhone’s screen onto the display of another phone. While the game can’t actually detect the proximity of the devices at this point, it does appear to store the exit position of the ball on one screen and transmit that as the entrance point on the adjacent screen.

Given the fact that it only took the guy who developed iPong a couple of hours to put this game demo together, I can’t wait to see what sort of games emerge when there’s actually time to design and develop. Very cool stuff indeed.

[via Waxy via TUAW]