Cisco has unveiled and demonstrated their new On-Stage TelePresence Holographic Video Conferencing. In layman’s terms, it means that now you can actually do that thing they do in Star Wars when they talk to a Princess Leia hologram, and I have to say, it looks quite convincing. 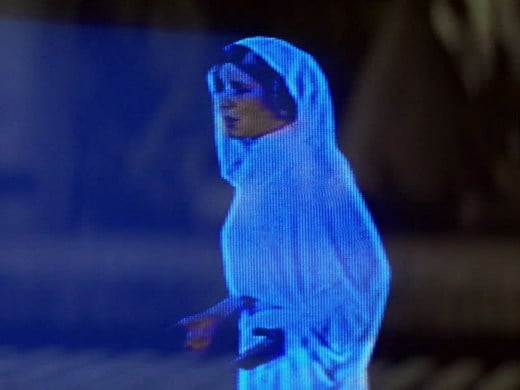 The video is pretty boring except for the fact that it’s a guy on stage talking to two holograms of people who are in other countries. In fact, they look so realistic that it took me a while to figure out that they were holograms. I kept advancing the video to look for the hologram part. So I think that’s proof-positive that this is fully legit.

This is really heartening because there are so many things from the 70s and 80s that we were supposed to have in the future, and we still don’t have them. Hello, hoverboards? Robot servants? Flying cars? Vacations on the moon? Robocop? And all we got is the Internet. OK, OK, actually the Internet is way cooler than all of those things I just named. But still, I’m glad someone’s ticked one of these “future” technologies off the list and put it squarely into the present.