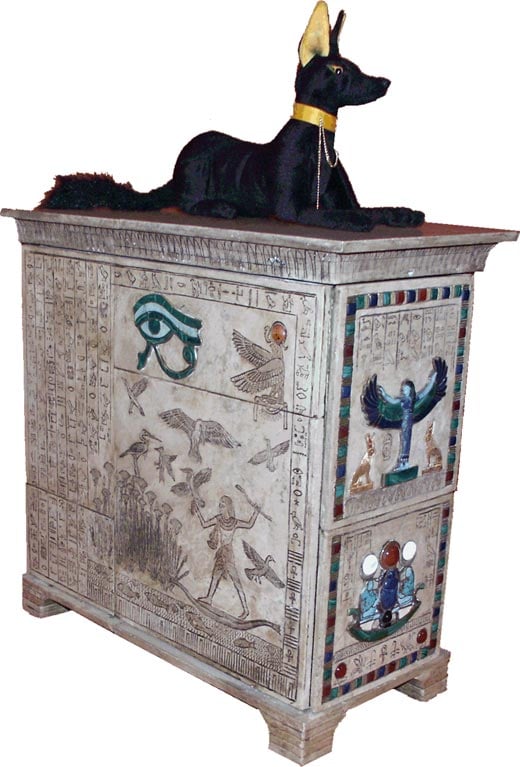 Conceived and constructed by Chris Kramer (a.k.a “Jadragon”), his EgyptMod PC is detailed with intricate hieroglyphics and encrusted with jewels. I’m especially mesmerized by Eye of Ra detail crafted from brass and inlaid with polished malachite and verisite. 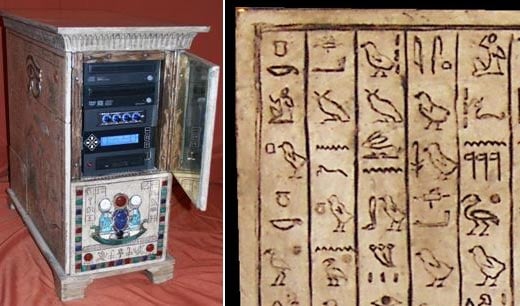 Did I happen to mention that the case is actually covered with 68 pounds of hand-carved limestone tiles? It took Chris over 200 hours to carve all of the intricate glyphs and place all of the gemstone details, which include turquoise, calcite, lapis lazuli, ivory, coral and carnelian.

While the exterior is decidedly out of the 18th Dynasty, there’s actually a reasonably powerful 21st Century PC lurking beneath the covers of this beast.