Got an old Macintosh or Mac Plus lying around? There’s got to be something better to do with it than turn it into an aquarium, right? That’s what this enterprising modder did when he managed to cram the guts of a Mac G4 Cube into his trusty old Mac Plus, replacing the old B&W CRT with a modern color LCD monitor, as well as the ability to run Mac OS X. 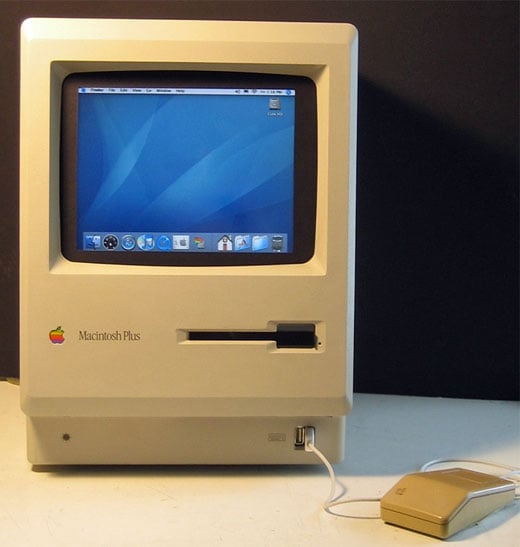 Mac modder Charles Mangin really did an amazing job seamlessly integrating Macs from both the 20th and 21st centuries. At first glance, the machine looks like a stock Mac Plus, but look closer and you’ll see all the detail work that Charles did, like adding a hidden Superdrive (from an iMac G5), a pair of USB ports underneath, as well as a third one tucked away behind a sliding door inside the floppy drive slot. 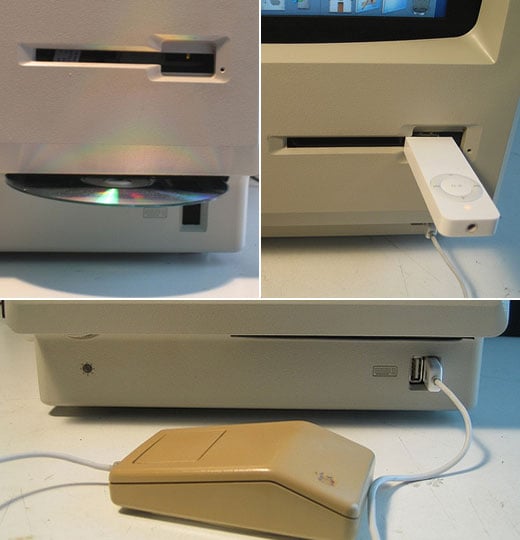 Thanks to improvements in miniaturization, all of the newer technology fit neatly inside the old case, leaving plenty of room to spare. 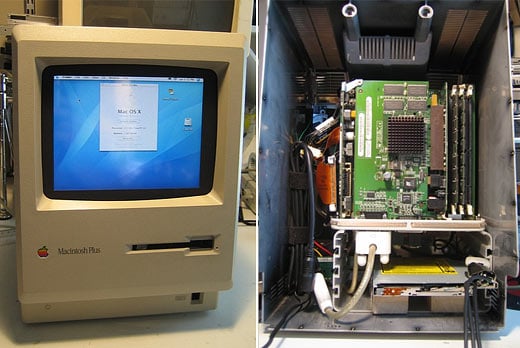 He even went so far as to swap out the innards of an old Mac ADB mouse with a modern optical USB one. 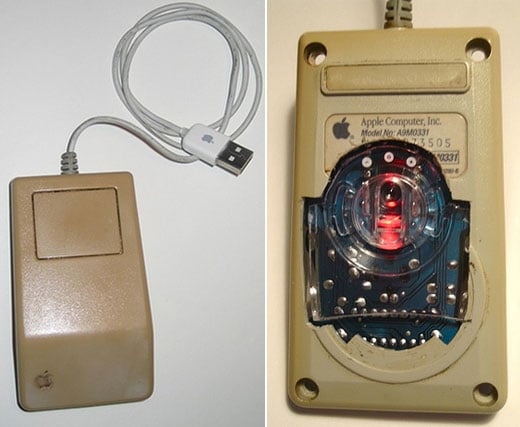 The Frankenstein’s monster of a machine is nicknamed “Marvin” after the paranoid robot Marvin from The Hitchikers’ Guide to the Galaxy. If you want to see more of how Marvin came to be, check out photos of  entire build over on Charles’ Flickr album. (The mouse mod is documented separately here).

Now all we need is to figure out a way to cram this whole thing inside a Commodore PET, and we’ll be all set.