Now I’m sympathetic to those who have fallen on hard times, many of us still find people who beg for money to be irritating. So why someone would go through the trouble of building a robot that begs for spare change is anyone’s guess. 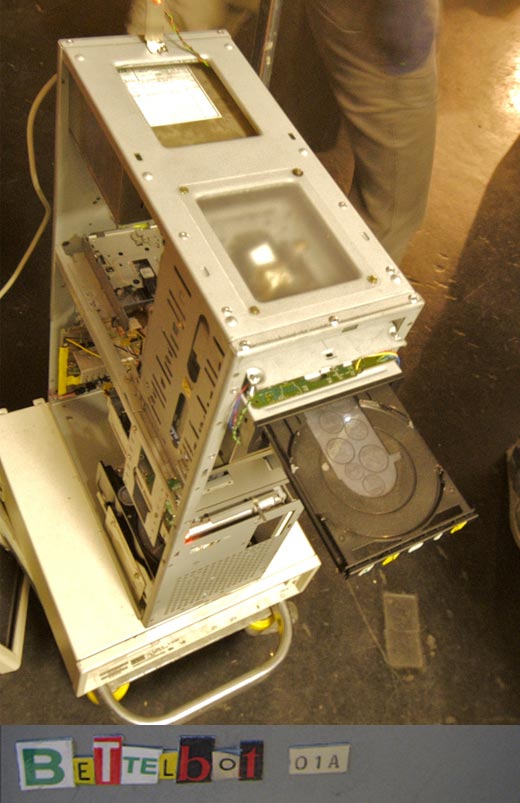 Alexander Gurko’s “Bettelbot” (that’s “BeggingBot” in English) has just one mission in mind – to get your money. The old PC plays music on using some old floppy and hard drive mechanisms, then opens its CD tray to beg for your spare change. If you don’t pay, he won’t play – it’s as simple as that. Check out the video below to see Bettelbot in action:

With the veritable cacophony of noises that Bettelbot produces with his motors, gears and disc platters, I might just as soon pay him to shut his trap.