After you decked out your Rock Band rig with a light show and smoke machine, I bet you thought you added all the cheap theatrics you’d ever want. But when I saw these light-up drumsticks, I knew there was just a little more you could do to crank your performances up to 11. 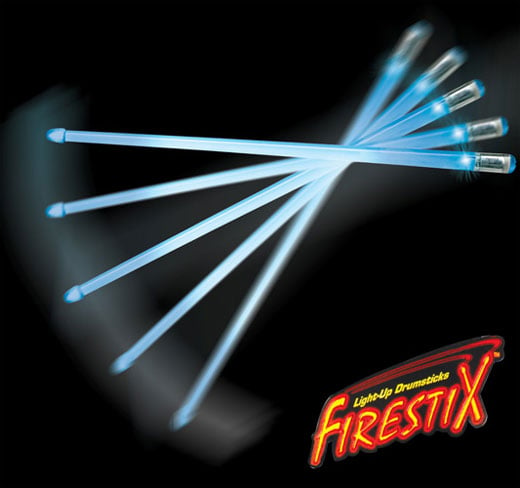 Firestix drum sticks contain internal LED illumination which light up when you first start to bang on your drums with them. As an added bonus, Firestix are made out of durable Lexan, so they’re not likely to snap in two like the cheap wood sticks that ship with the game.

As you can see from the video clip, they look really cool when played in a dark room. Firestix are available in both red and blue versions, and you can find them over on Amazon