I’m not sure why nobody ever thought of this before, but I think it’s a cool idea. This clever casemod took the shell from an old flight data recorder (a.k.a. “Black Box”) and transformed it into a Linux server. 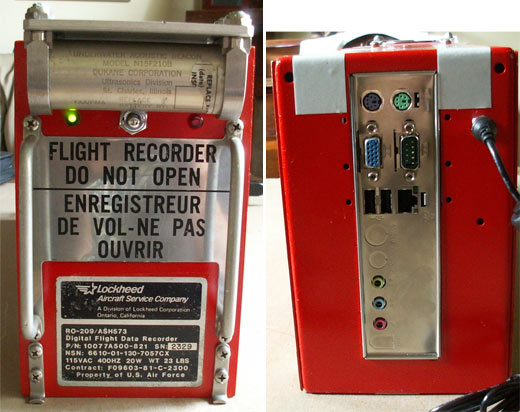 A modder going simply by the name of Brett got his hands on an old Black Box (actually, it’s sorta reddish-orange) over on eBay, ripped out its guts, and mounted a fully-functional computer inside the compartment. For some reason, I think that the holes he had to cut for the PC ports and cooling fan might have compromised the integrity of its crashworthiness a little bit. 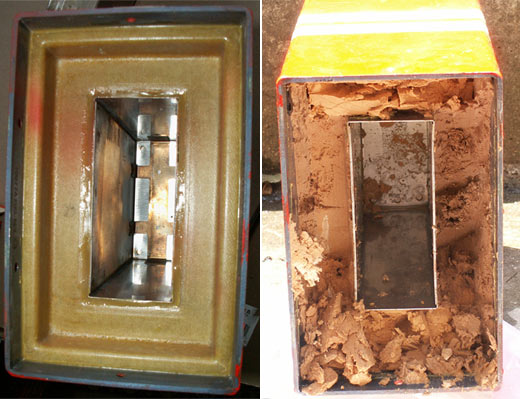 Oh yeah, and when Brett first cracked open the case, he discovered a healthy dose of fiberglass and asbestos, so you probably won’t want to try this at home unless you want to contract a case of Mesothelioma. 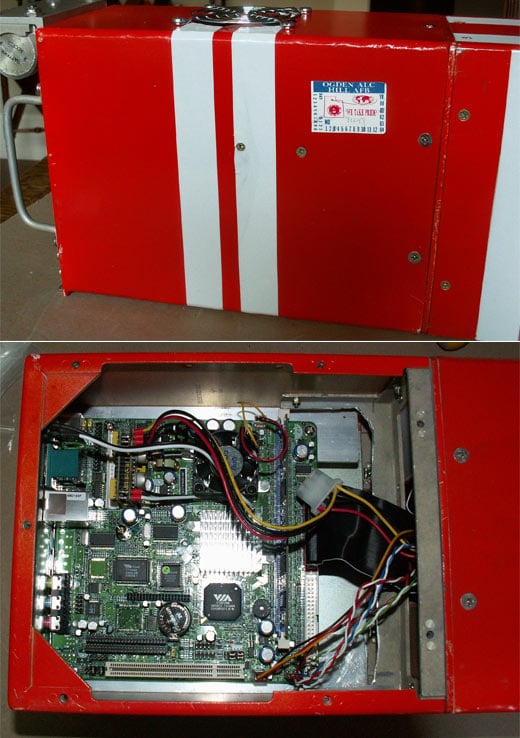 Surprisingly, the interior of the box is so cramped that he could only fit a Mini-ITX motherboard inside, so it’s only got an 800MHz Via C3 CPU under the hood. Still, that should be plenty to perform basic server tasks like serving files, web pages and the like. In keeping with the “Crashproof” theme of the mod, Brett installed a bare-bones install of Slackware Linux, which should stay online indefinitely, assuming the computer itself doesn’t overheat in the cramped quarters of the Black Box case.

You can check out the full build log over on Brettsprojects.