Oh, Rickrolling, aren’t we finished with you yet? Apparently not, since there is now an Instructables post on how to make a sneaky Rickroll birthday cake. 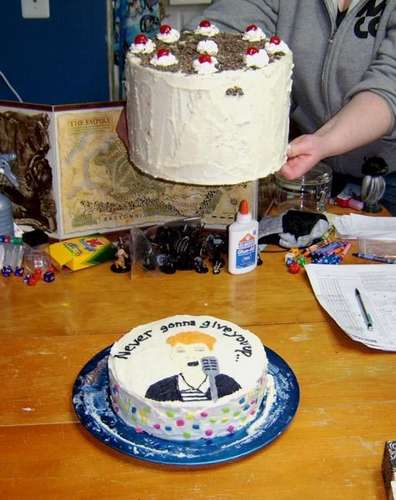 The cake was made by one Papersatan (a pretty fitting name for a perpetrator of Astley-based crimes, eh?) for her boyfriend’s birthday. She made a fake cake-like covering out of a hatbox, which when removed reveals a real cake with Rick Astley’s (sort of) likeness and those catchy lyrics etched in icing. 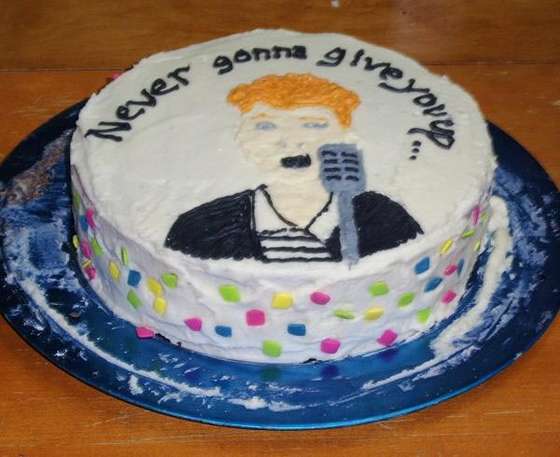 It’s bad enough to be Rickrolled on your Internets, but on your birthday? Now that’s just mean.