The other day, I came across this Cold war-era Geiger Counter PC casemod, and passed along the erroneous notion that it was created by some Russian modder. In fact, it was built by a guy named Andy over at widefault, right here in the good old US of A. While I was over checking out the build log for Andy’s Fallout Meter PC, I happened upon another one of his creations and thought it was worthy of a mention. 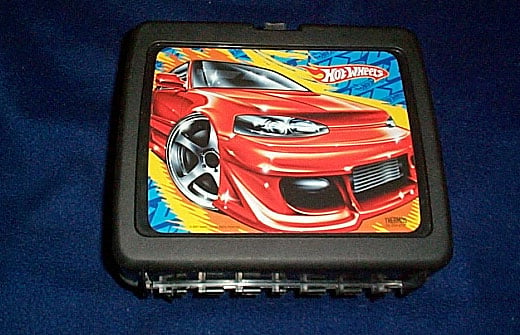 Widefault happens to spend his days working near a Goodwill thrift store, and happened upon this plastic lunchbox when he was trolling the aisles one day. He thought to himself – what better use for this thing than to house a firewall for his network? With a little X-Acto knife work, Widefault transformed the lunchbox into a quick-and-easy computer. 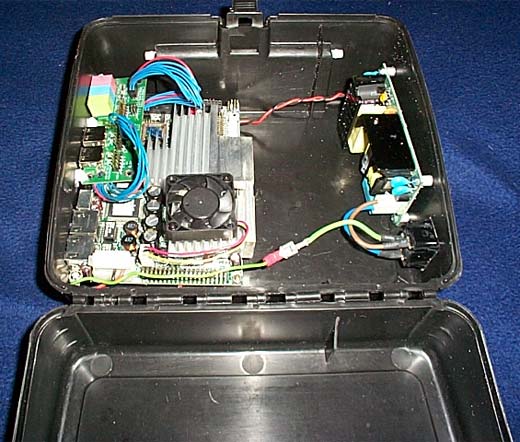 Since it didn’t need to be all that powerful to run the GNU/Linux-based Smoothwall firewall app, the lunchbox packs a compact Via C3 motherboard, along with a low-voltage power supply and an inexpensive 4GB Compact Flash memory card for storage. All told, the entire project cost under $100 bucks.

While a 2007 Hot Wheels lunchbox isn’t exactly a rare retro artifact, it certainly could have carried some kid’s PB & J and Juicy Juice for at least one semester before meeting its maker.