When I think of Origami, I usually think of little paper swans, or maybe the unicorn that Edward James Olmos made in Blade Runner. But who says that video games can’t get in on the paper foldin’ action? 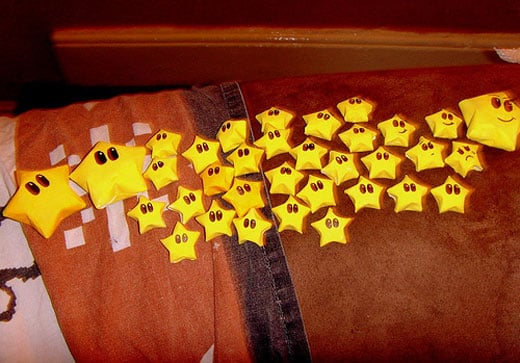 Individually cut and folded by Flickr contributor Lidia F. (aka “This Fffire“), these tiny Power Stars look just like their doppelgangers from the Super Mario game series (other than the defective ones with faces in the upper right corner). Lidia says she was inspired by Super Mario 64, so clearly she hasn’t upgraded her console in a while! 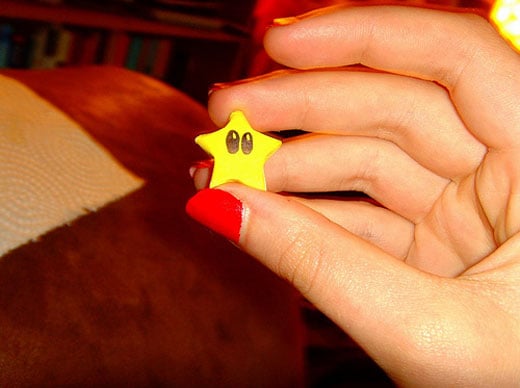 Each little Power Star is made from a single strip of paper, then hand-painted with yellow acrylics and embellished with some Sharpie eyeballs. Now, I can’t really figure out how in the heck she managed to make these, but if you’re out there reading this post, feel free to share some tips so we can all make hundreds of these tiny stars.