Sure, we’ve all seen plenty of iPod docking stereos, but by and large, they’re pretty much made out of plastic or metal. So what do you do if you’d rather have something a little more organic? Why not check out these nifty wooden iPod docks out of Japan. 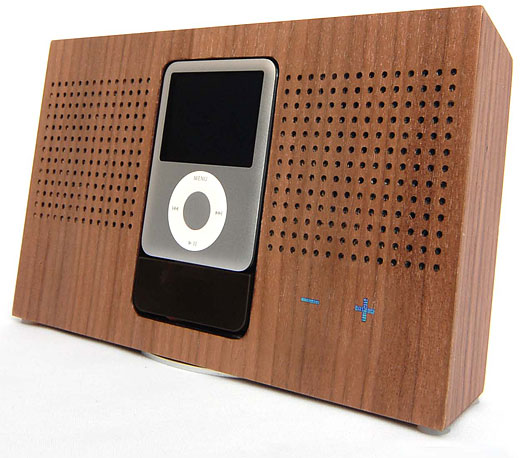 monoDO’s new STACK iPod docks are made out of natural hardwoods, making them ideal for those who’d rather cut down a tree or two instead of make something out of plastics. Eh, to each his/her own, I say. Sound is provided by a pair of 1-watt per channel amplified speakers, concealed behind perforations in the wood.

At this point, I haven’t been able to source these outside of Japan, but hopefully somebody out there will bring ’em stateside soon. For now, you’ll just have to check out the monoDO site for more info (just brush up on your Katakana beforehand).