Superior Watch Should Probably be Renamed

The “Superior Watch” from Kyle Cherry looks like a minimalist bracelet with LEDs but is, of course, a sneaky watch. The top row is for hours and the bottom row is for minutes. 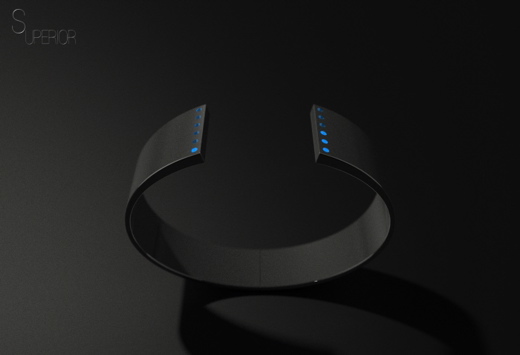 The website says that each watch is custom-made. That tells you right there it’s expensive. Next it talks about diamonds. Double cha-ching. 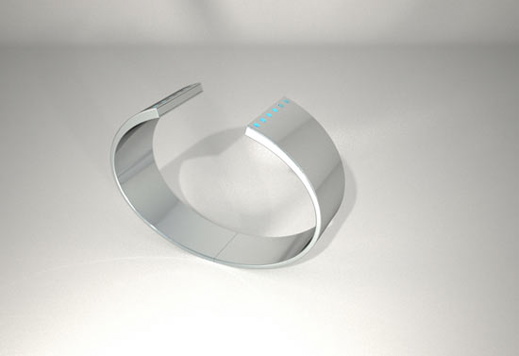 But what is the watch made from? On the website they claim that it’s “made from the strongest materials that man can make.” Soooo… what exactly would that be? The X-Men fan in me is thinking Admantium, but if that were the case why wouldn’t they just say it? Also, why doesn’t this watch have retractable claws that can cut through anything? That would definitely help make it superior in my book. But I digress. 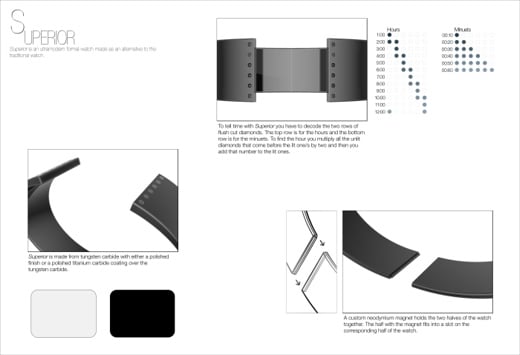 This watch is the latest in the current timepiece trend that I describe as “let’s make a watch that doesn’t look like a watch with blinky lights that confusingly sort of tell you what time it is, sometimes.” Most people I know just use their cellphones to tell time and don’t even wear watches, so it’s unclear to me who is buying all of these crazy wrist-based timepieces, but if there’s a market for them then I should probably go glue-gun some LEDs and some claws to a lanyard and get into business.