Remember the ape/monolith scene from Kubrick’s classic 2001:A Space Odyssey? Apparently these apes didn’t get the memo that it wasn’t an Odyssey [console] at all, but actually an Atari 2600. 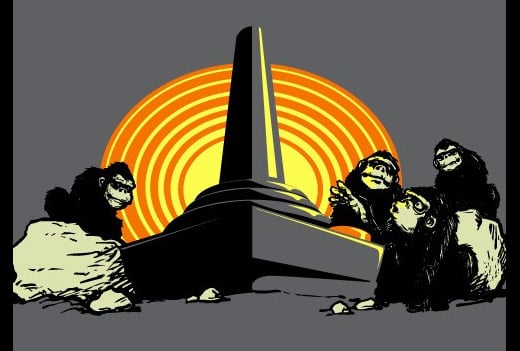 This imaginative t-shirt by Akron, Ohio illustrator psychoreindeer reimagines that fateful monkey moment with a gigantic Atari joystick in place of the big black slab. According to reindeer, in addition to the schmancy silkscreened artwork, the t-shirt “comes with two sleeves and a even a hole to stick your head through”. Bonus! 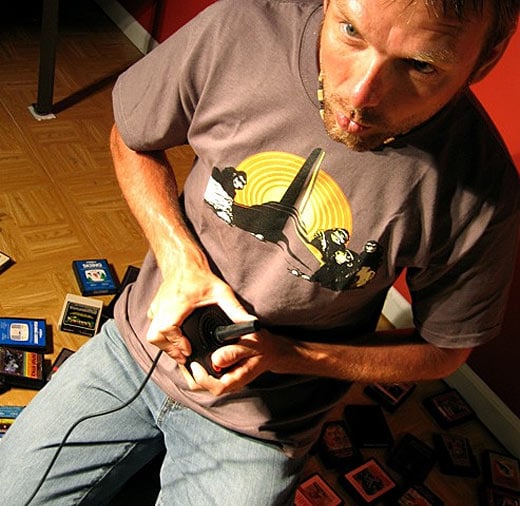 While the apes in the film might not have understood the meaning of the monolith (not to mention most of us who sat through the nearly 3-hour long movie either), the primates on this t-shirt probably spent the rest of the day debating between a round of Pitfall or River Raid once they found the joystick.

I guess we now know why apes have opposable thumbs.