Dead iPod Gets Second Life as a Mouse

Got a broken old iPod lying around? Besides dropping it in the dumpster, what else can you do with it? Well if you’re like this resourceful modder, you turn it into a mouse. 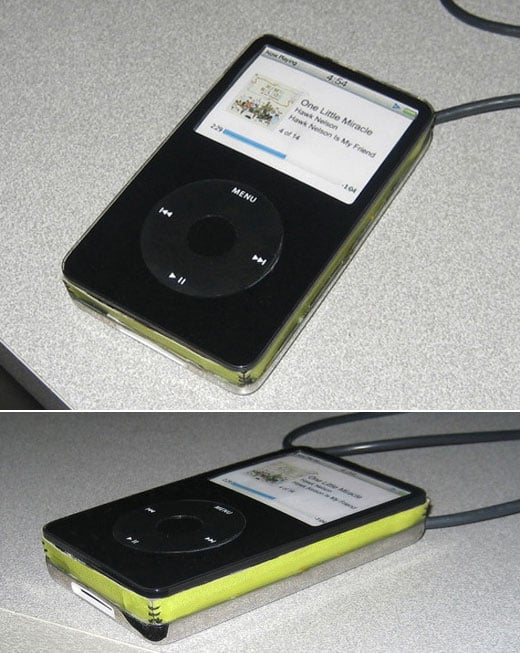 After stefferroo’s brother dropped his iPod under his car and then proceeded to run it over, it was surely headed for the trash bin. But after some inspiration from an NES controller mouse mod, steff decided to make the defunct media player into a mouse too. The arrow buttons on the click wheel were even modded to act as the left and right buttons for the mouse. 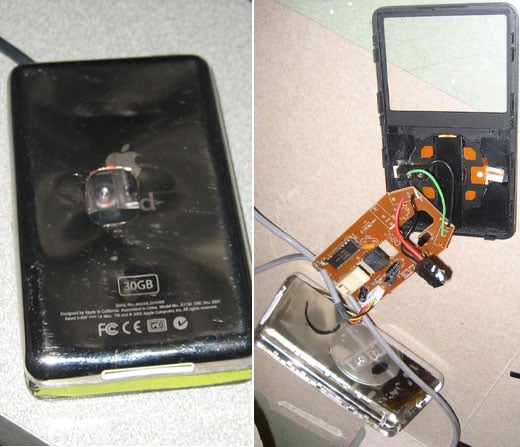 Since the guts of the iPod were pretty much toast, stefferroo ripped them out and replaced them with the innards of an optical mouse. But what’s with that LCD screen you ask? Unfortunately, that got smashed in the accident, and has been replaced with a piece of paper with a screeenshot of the iPod’s original display.

I wonder if anyone could figure out a way build one of these while retaining the functionality of the iPod, or maybe even use the screen as a remote control for iTunes. Better yet, how about getting the iPod’s scroll wheel to work as a mouse scroll wheel? It’s doubtful that you could cram all the electronics needed inside, but it sure would be cool.