The Progressive International Microwavable S’Mores Maker is an unnecessary gadget that makes s’mores in the microwave for you, which I thought was a jolly headless robot. 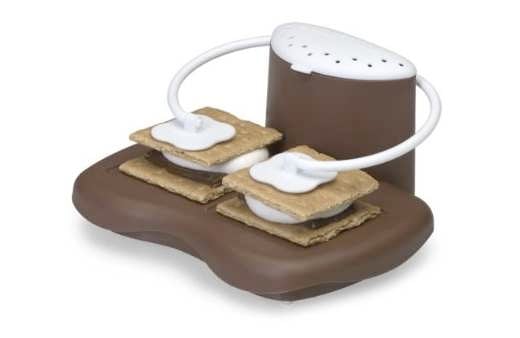 It’s more of fauxbot (faux robot.) That is to say, it sort of appears to be robotic but in fact it just has bendy arms that a human has to manipulate, which is a huge letdown for those of us who dream of robots performing simple everyday tasks like making our daily s’mores. 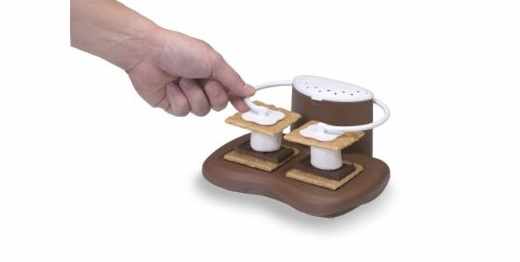 To be honest, I don’t even like s’mores that much when camping (I know, sacrilege) but microwaving crackers and marshmallows is just nasty. I suggest you try it sans weird anthropomorphic bendy arms guy before blowing your dough on this. However, it’s only $6.95, which is only about $6.85 more than what it’s probably worth. But if your wanton s’more-lust simply can’t be tamed, you can buy one from Amazon.