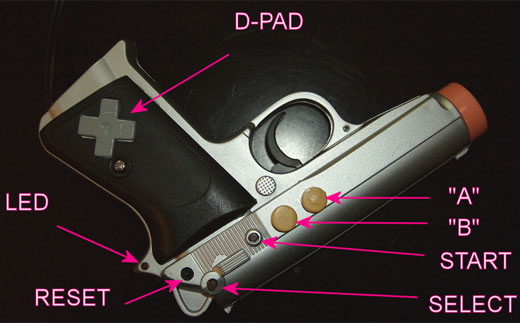 Go figure that no actual Nintendos were harmed in the making of this system. To save on space and power consumption, modder GonzoMPM-1 used one of those cheap knock-off NOAC (Nintendo on a Chip) systems to provide the brains of the operation. 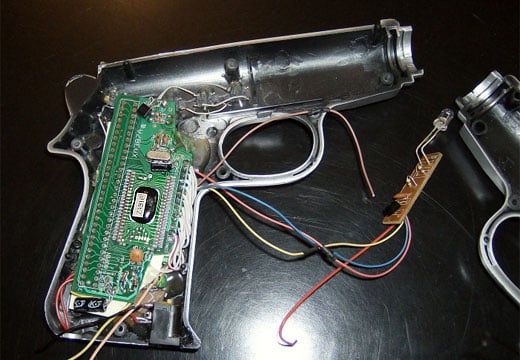 As a result of the compact design, there is no cartridge slot, so the console can only play the games that game built into the NOAC board. Fortunately, the parts came from the infamous Super Joy III console, which comes with 76 on-board games (and thousands of varients), including light gun classics Duck Hunt and Hogan’s Alley. 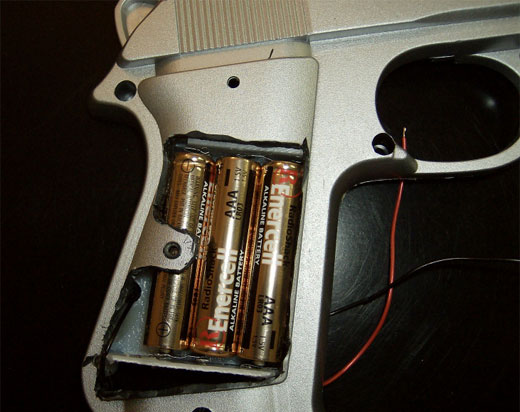 The whole thing runs on a set of three AAA batteries, which fit perfectly into the butt of the gun, on the opposite side from the circuit board.

And yes, the light gun LED still functions. However, you’ll need to lug around an old tube television if you want to use it, since old-fashioned light guns require a CRT.