1980s power-ballad mavens Journey and technology have a long-standing relationship. Back in 1983, they entered the geek psyche with the classic Journey arcade machine. Now they’re back in the electronics biz with their own MP3 player. 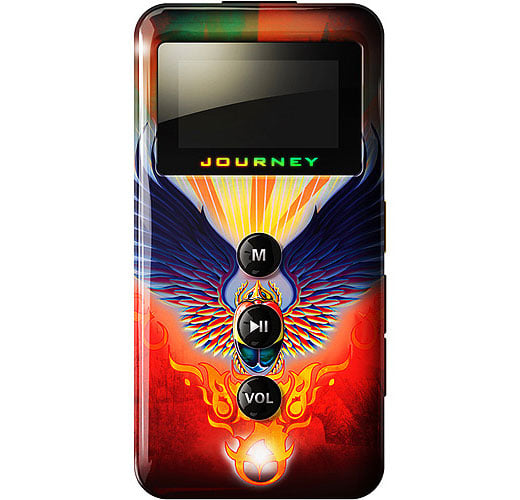 Adorned with the group’s iconic airbrush winged scarab and flamejob art, ZVUE’s Journey MP3 player ($40) is perfect whether you’re a fan of original frontman Steve Perry, or his modern-day (dead ringer) replacement Arnel Pineda. The player comes pre-loaded with 22 songs from their recent Revelation album, including 11 new tunes, and 11 classics re-recorded by Pineda. Of course, with just 1GB of storage, you won’t be able to store all that much more than the complete works of Journey anyhow. 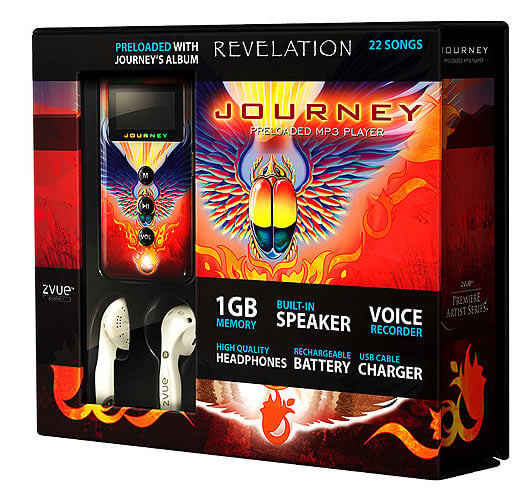 So if you’re ready for you and your money to go Separate Ways, head on over to Walmart and put one in your Open Arms for some Lovin’, Touchin’ and Squeezin’ now.