Here’s a dark and disturbing Gears of War Xbox 360 casemod that would make Cliffy B. himself proud. 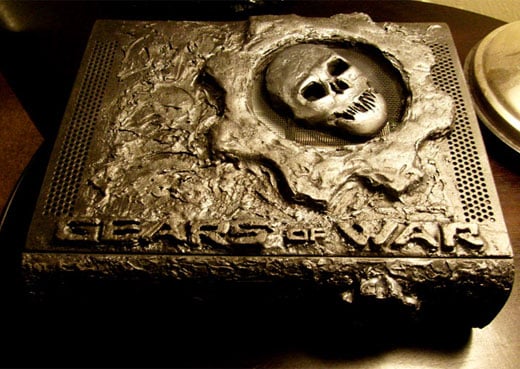 Modder DFW Monkie, the same guy who brought us this creepy alligator Xbox 360, has outdone himself this time with his new Gears 360. 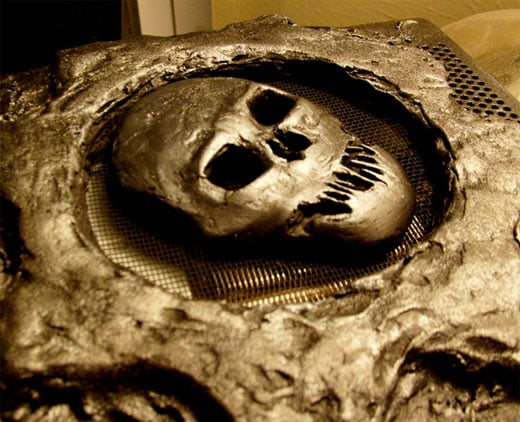 The case features an intricate sculptural Gears of War logo, complete with a skull and gear that glows in an ominous red light up when the console is on. 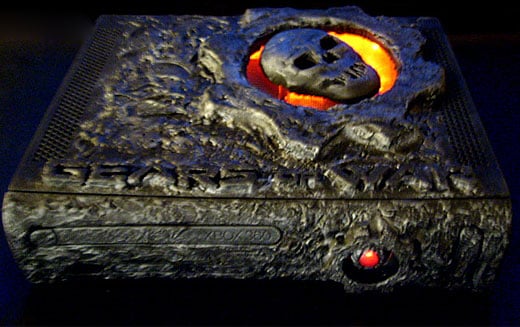 He built this custom case using lots and lots of layers of Bondo, and painstakingly hand sculpting it before coating it in a deep black paint job to make it look nearly as imposing as the first time you ever ran into a Berserker. 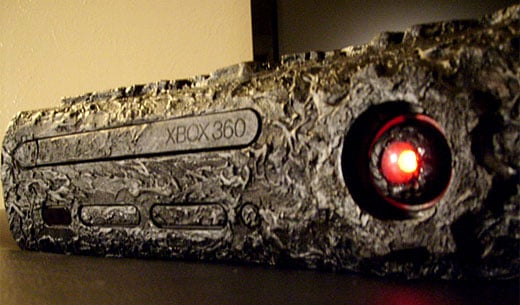 When the Red Rings of Death fire up on this console, it’s actually a good thing.