When I think of 2001: A Space Odyssey, it usually conjures up imagery of HAL 9000’s glowing red light, the strains of Also Sprach Zarathrustra, and dead astronauts launched silently into space. 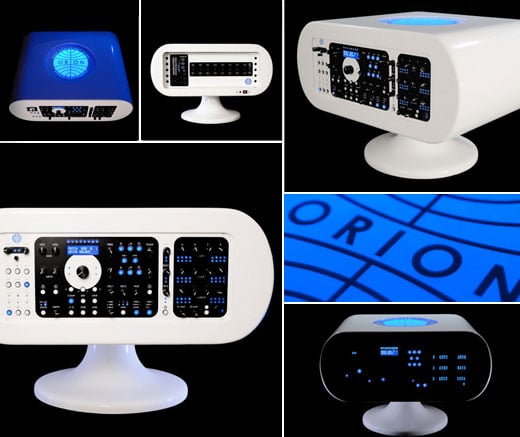 But the guys over at Studio Electronics used the film as inspiration for the design of their new Omega Orion synthesizer. From its sleek white and black case design, to the ethereal blue glow of its LED lighting, this 38 pound behemoth of an analog synth is truly a stunner. 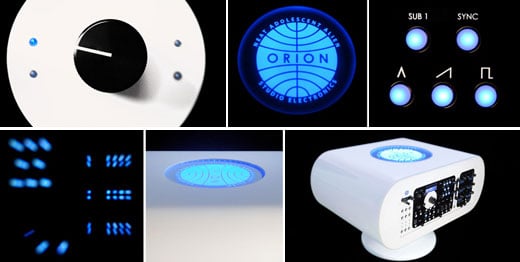 Designed by Tim Caswell and Antoine Argentieres, the synth is actually based on the not particularly good (OK, just plain ugly) looking Omega 8, an 8-voice polyphonic analog synthesizer – wrapped up in a retro-future package. No pricing or release date has been announced, but with the Omega 8 retailing for around $4,600 (USD), expect the Orion to set you back at least a couple of mortgage payments.